Being Faithful to the Lord: On the Sunday of All Saints 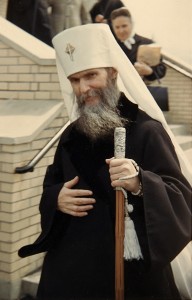 Brethren, today and tomorrow the special, long liturgical period of year that began several months ago with the Sunday of the Publican and the Pharisee, after which came Great Lent and then Holy Week, comes to an end. All this in fact served as preparation for the great triumph of our Christian faith and hope: the feast of the Luminous Resurrection of Christ, which the Church calls the “Feast of feasts” and the “Triumph of triumphs.” Following this, there came many different liturgical commemorations, mostly connected with Sundays. Tomorrow, finally, is the day that is called the “Sunday of All Saints.”

The celebration of All Saints is, as it were, the Church’s answer to everything that has been done for the salvation of mankind by the Son of God, Who was incarnate upon the earth. He descended from His Throne in heaven and became man, without ceasing to be God, and taught people how to live. He gave them His Word and devoted His life’s path to a multitude of miracles and teachings. Finally, He suffered for us sinners, taking upon Himself all our sins, dying for our salvation, rising in Glory, and later ascending into heaven and seating our human nature on the Throne at the right hand of God the Father – for that is where He, Who has taken on our human nature in His Divine Person forever, was seated.

During these weeks and months, the Church remembered the entire great work that He accomplished. And now, I repeat, we see the Church’s answer, as it were, from which it becomes clear that the Son of God did not perform this great feat in vain! The entire host of saints, the innumerable multitude of God pleasers, and everyone on whom the Lord will have mercy at His Dread Judgment – all of them would have been the spoils of fiery Gehenna if it had not been for the redemptive feat of the Lord Jesus Christ. By the law of justice, crime deserves retribution and punishment: we transgressed and should have been in eternal torment. But Divine love did not allow this. The Lord took our sins upon Himself and suffered through them in all the torments both before the Cross and on the Cross, freeing us from our terrible responsibility for them, and granting us the opportunity to join Him in the Heavenly Kingdom. He Himself said in the Gospel: where I am, there shall also My servant be (John 12:26), that is, he who serves Him faithfully will be where He Himself is. 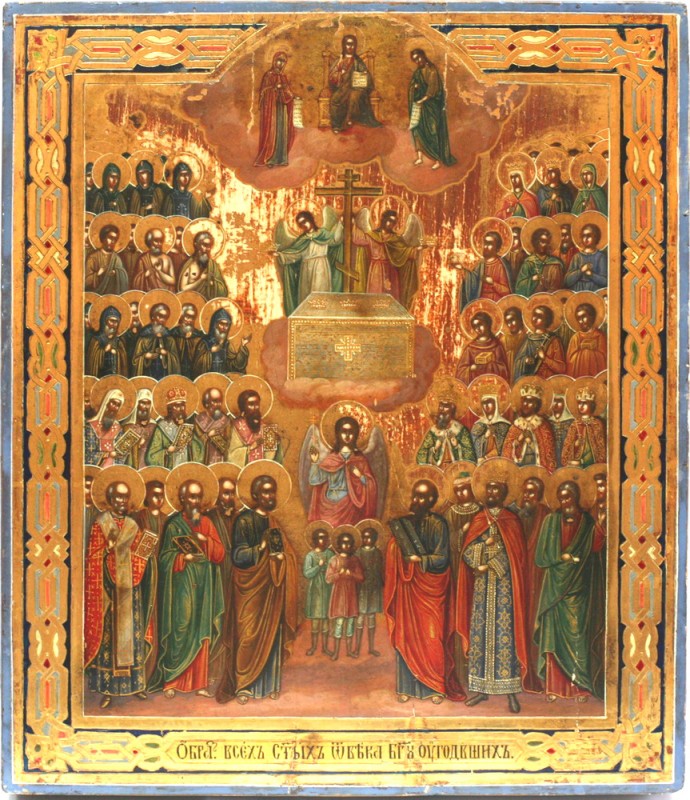 But remember, beloved, that the holy God-pleasers give us an example of how we should live. Their life was nothing like the vain life of the world, and especially like the present world: they lived in God, always called upon Him, and strove to please God – not at all like present humanity, which has in fact turned its back on Christ the Savior and the Gospel… It has turned away and lives according to entirely different foundations… It will be dreadful at the Dread Judgment after the Lord has spoken His joyful words to the host of saints and all those on whom He has had mercy: Come, ye blessed of My Father, inherit the kingdom prepared for you from the foundation of the world (Matthew 25:34). Following this, He will speak awesomely, so that the entire universe will tremble: Depart from Me, ye cursed, into the everlasting fire (Matthew 25:41). We cannot now even imagine how dreadful this pronouncement will be, when eternity is opened and these condemned and unfortunate ones must embark unto this eternal and everlasting torment! This will be the case with everyone who has not lived according to Christ’s word or fulfilled His Gospel.

Let us be vigilant, beloved, for now is the time of the falling away of the world: it is falling further and further from the evangelical foundations of faith and the moral foundations of human life. What is transpiring now, before our eyes, has never before transpired in the world. Seeing all of this, we should remember that the Lord expects faithfulness from us. There are wondrous words in the Apocalypse, for instance, in which the Lord, addressing one of the representatives of the Churches, says: “I know thee, that although thou hast little strength, thou hast endured, been faithful, and kept the word of My patience. So also will I keep thee from what shall come upon all the world, from temptation and the dread retribution therefore” (cf. Revelation 3:8-10). We need only take care to be faithful to the Lord, especially now, in these terrible times. The Holy Fathers loved to say, and said many times, that the Christian who proves faithful to His Lord in these dreadful last times will prove to be, in God’s righteous judgment, higher than the great ascetics of ancient times! The Holy Fathers repeated many times that one need not fear, but only remember that the Lord does not hand over his own to offence! Be faithful to God, and the Lord will keep you from every affliction that is coming upon the all the world! Of course, one cannot but tremble when one sees what humanity is preparing for itself, but remember that the Lord is able to protect His own! If only we would be faithful to Him, then He Himself will always be faithful to us and will always be our Defender, Savior, and Protector. Amen. 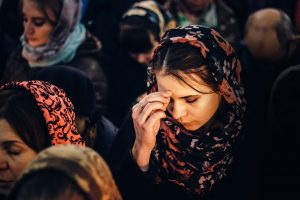 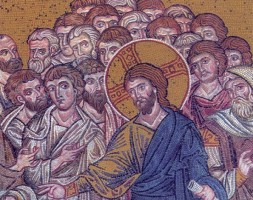 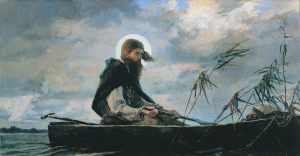 How to Become a Saint
Priest Richard Rene

The Sunday after Pentecost commemorates all the Saints of Church, and reminds us that the great…