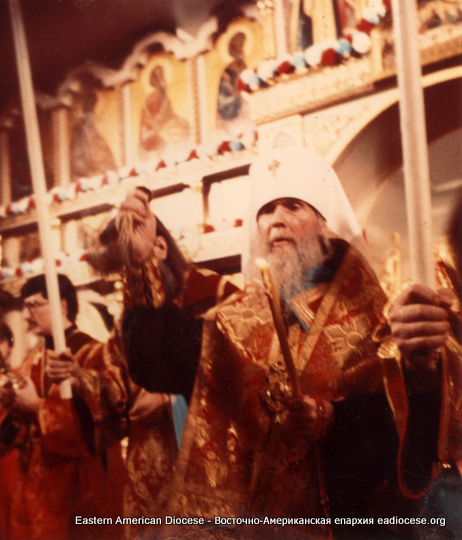 Great Lent has begun. Its first week is entirely dedicated to repentance. Both the Great Canon and nearly all this week’s prayers call upon the human soul to undertake the penitential struggle and repent to the Omniscient God, Who is always ready to accept the repentant sinner.

Repentance is twofold. One kind of repentance is that by which one who has given himself over to sin and, until then, has lived a completely un-Christian life should repent: far from God, without God’s law, far from the Church, he was a slave to his passions. But he has come to his senses; his conscience has spoken. Perhaps a good book has brought him to recognize this: in any case, he wants to repent. In this case, repentance is not simply a recognition of sins with the request that the Lord forgive them; this repentance – as implied by the very word in Greek, metanoia, which is translated as “repentance” – involves a “conversion,” i.e., a turning around, a decisive turn in another direction. In other words, a complete change of life. As the great Elder Ambrose of Optina said, for such repentance is needed neither years, nor months, but a moment.

Recall Mary of Egypt: she had been plunged in the abyss of sin; she was literally whirled about in “the abyss of sin.” But she, obeying some inner feeling, went to the Holy Land, where she wanted to venerate the sacred Live-Giving Tree. She saw how people approached it, but some force evidently held her back. This was the moment when the grace of God touched her soul, and she suddenly and immediately understood all the ugliness of her life and all the horror of what she had committed. One single moment, and all was decided. She turned to the Heavenly Queen, that she might become her Helpmate in repentance. And then, after this good decision, she immediately venerated this great Holy Object unhindered and, inspired by God’s mercy, left for the desert to undertake those extraordinary labors and struggles that turned her from a human into an angel. For we know that when the great ascetic, St. Zosimas, saw her there, he was “filled with utter astonishment,” as it says in the canon. He was filled with utter astonishment because he thought he was seeing not a person, but an angel in the flesh: he saw how she crossed over the Jordan as on dry land; he saw how she was lifted up into the air in prayer. Her repentance was already so complete, her spirit was already so enflamed in aspiring towards God, that her very body, which had once so sinned, was so spiritualized and transfigured that it followed the soul in ascent and rose up to God. This is what repentance is for someone who has seen that he has not been living rightly. Then came her penitential labors, for they made her an earthly angel and a heavenly person. But the moment of repentance was a decision accepted immediately, and the rest was its fulfillment. 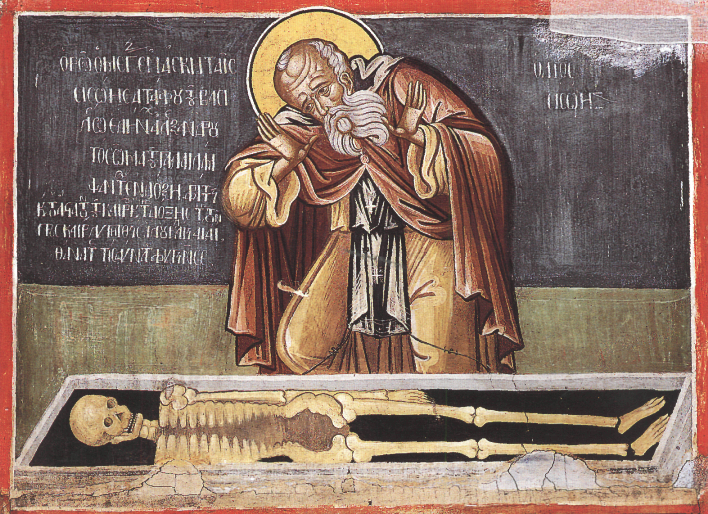 The Church prays for all: “That we may complete the remaining time of our life in peace and repentance.” This prayer was prayed by great God-pleasers when they were in church. This means that repentance, as contrition and the battle with sin, should be an inseparable part of everyone’s life. Bishop Theophan the Recluse, that great instructor of the spiritual life, said that every Christian’s breath coming out of his chest, so long as he lives, should not simply by an exhalation of air from the lungs, but should be a penitential sigh. Man always feels himself to be a prisoner to sin and calls upon God’s mercy in penitential prayer. This kind of repentance should be one’s constant companion. It is for this that we pray: that all the time left to us, all the “remaining time of our life,” be completed in peace and repentance, so that repentance would be inseparable from us. When man thus bears repentance, he becomes increasingly aware of the greatness of God’s mercy and of his own sinfulness.

One of the great ascetics, St. Sisoes the Great – someone who had raised the dead by his prayers ­– was dying. The monks gathered at his grave, to his deathbed, and it turned out that they were not the only to have come. The Elder’s face lit up, and he said: “Here they have come; they have come.” The others did not see, but his eyes were already opened to the heavenly world; he saw how other righteous ones had come to greet him, the righteous one. “Here have come the prophets; here have come the monastic saints; here have come the Apostles,” he said. His face lit up even more, and he began to speak with someone quietly. Those who had gathered asked him: “Abba, with whom are you speaking?” He said: “The angels have come to take me, but I was asking that they leave me time for repentance.” Everyone knew that he was perfect, and said with astonishment: “Abba, you have no need of repentance.” The humble Elder replied: “I truly do not know whether I have even begun.” But after these humble words, in which the depth of his humility so shone forth, his face shone like the sun, and he said: “Here the Lord is coming and saying: ‘Bring Me the vessel chosen from the desert.’” With these words, his soul left his body like a flash of lightening and everyone, filled with awe, quickly dispersed. This is how this humble ascetic looked upon the need for repentance.

May we always have this sincere prayer to God, beloved, that the Lord might help us during this “remaining time of our life” – however long or short His Providence grants us to live – to live our life in “peace and repentance.” Amen.

When glorifying entire hosts of saints, great holy hierarchs are normally glorified first, and we have all grown…