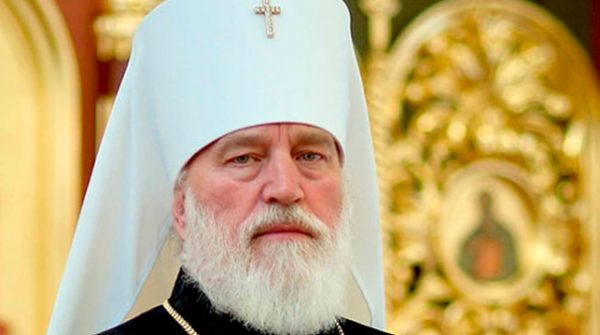 Metropolitan Pavel of Minsk and Zaslavl, Patriarchal Exarch of All Belarus Photo from eng.belta.by.

Metropolitan Pavel of Minsk and Zaslavl, Patriarchal Exarch of All Belarus, has called on Patriarch Bartholomew of Constantinople to suspend the process of granting autocephaly to the Ukrainian church, which he says could cause division in the global Orthodox Church.

“Our statement was made in such a way as to call on Patriarch Bartholomew and the Synod of the Constantinople Church to rethink the decisions being taken and to do everything possible to recall, stop this process, which is now taking on the clear forms of a church schism in the entire global Orthodox Church,” Metropolitan Pavel said at a press conference in Minsk on Friday.

A schism is a terrible event, he said.

“This isn’t severance yet,” he said. “It’s a call, an attempt to ask Patriarch Bartholomew to suspend this act, which may lead to a schism,” Metropolitan Pavel said.

“We regret what is happening in Ukraine,” he said.

Over the past few weeks, controversy has grown over the intention of the Constantinople Patriarchate to grant the Ukrainian Orthodox Church a tomos of autocephaly and thus create a local church independent of the Moscow Patriarchate.