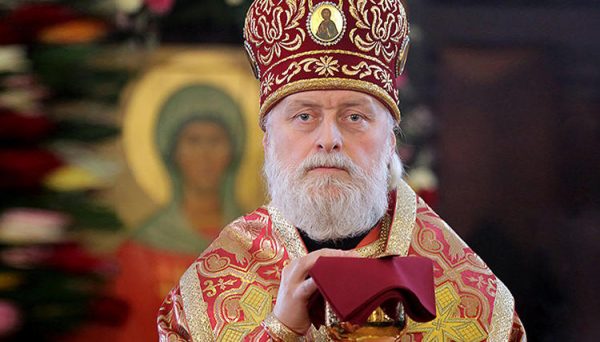 Metropolitan Evgeny of Tallinn and All Estonia. Photo: spzh.news

The Synod of the Estonian Orthodox Church (Moscow Patriarchate) expresses its profound concern over dangerous developments in the ecclesial situation in Ukraine caused by the unilateral actions of the Patriarchate of Constantinople which has sent two hierarchs to Kiev for implementing a project of establishing the Ukrainian autocephalous church. On the basis of experience acquired by the Estonian Orthodox Church we state that such actions of the Patriarchate of Constantinople undertaken without any agreement with the canonical authorities of the Ukrainian Orthodox Church can entail dire consequences for both Orthodoxy in Ukraine and the unity of the entire universal Church.

Even today representatives of schismatic communities in Ukraine announce their plans to deprive the Ukrainian Orthodox Church of its official name and to alienate its property in favour of a new church structure. Should these plans be implemented, Orthodoxy in Ukraine will suffer a terrible blow and millions of the Ukrainian Orthodox faithful will be discriminated and left without their church building and monasteries.

We resolutely condemn the anti-canonical actions of the Patriarchate of Constantinople in Ukraine, wholeheartedly agree with the position of the Holy Synod of the Russian Orthodox Church presented in its statement of September 14, 2018, and express our unfailing support to His Beatitude Metropolitan Onufry of Kiev and All Ukraine, bishops, clergy and the entire Ukrainian Orthodox Church.

We call upon clerics and all the faithful children of the Estonian Orthodox Church (Moscow Patriarchate) to offer up prayers of fervent supplication for the unity and like-mindedness of the Holy Orthodox Church and for the soonest just settlement of the situation.