Best Films of the Pokrov Film Festival Have Been Determined 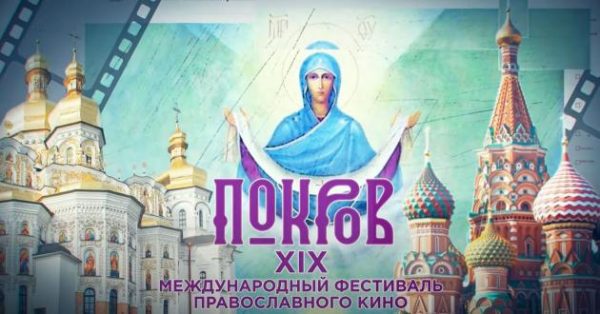 The jury and the audience selected the best films of the XIX International Orthodox Film Festival “Pokrov” [Protection Veil]. The winners were announced at the closing ceremony of the film festival, which took place via teleconference on the night of October 21-22, 2021.

This year, the film exhibition of entries were held at the Kiev House of Cinema (October 11-14) and on the Pokrovkino.com website (October 14-21). For 9 days, viewers had the opportunity to see 85 films by directors from Armenia, Belarus, Bulgaria, Bosnia and Herzegovina, Greece, Georgia, Latvia, Russia, Serbia, Slovakia, USA, Ukraine, France, and Czech Republic. According to the organizers, more than 1000 people attended the exhibition in the cinema, and 100 thousand viewers from different countries of the world joined the festival online.

Following the discussion and voting by the jury, the GRAND PRIX of the Pokrov festival was awarded to the documentary film The Swallows of Christ, directed by Yulia Bocharova (Russia). The film tells about the long-suffering Serbian land through the life of a famous hierarch- Metropolitan Amphilochius of Montenegro and Primorsky.

in the Fiction Films nomination – The Man of God (directed by Elena Popovich, Greece);

in the category “Short Films” – “Bread and Salt” (directed by Arch-Aspet Shermazanyan, Armenia);

in the category “Documentary Films” – “I Was Not Born for War” (directed by Vladislav Robsky, Ukraine);

“Audience Choice Award” was awarded to the documentary “What the Fish is Silent About” (directed by Elena Lobocheva-Dvoretskaya, Russia).

Andrey Benkendorf’s special prize “For contribution to the development of Orthodox cinema” was awarded to the studio of the Dnipropetrovsk Regional Children and Youth Cinema Center “Vesnyanka” (Ukraine).

The award in memory of the famous Soviet and Orthodox film director Sergei Losev “For the best director” was received by Andrey Andreev (documentary “Shepherds”).

The diploma “For the best Orthodox documentary series” was awarded to Oksana Marchenko’s film “The Pilgrim” (Ukraine).