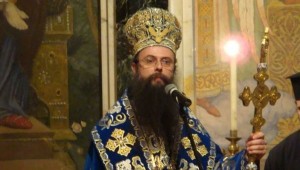 BELGRADE, February 27 (RIA Novosti) – Metropolitan Nikolay from Bulgaria’s second largest city of Plovdiv has donated his expensive Rolex watch to a local church so it could pay off an electricity bill, Novinite.com reported on Wednesday.

The Saint Marina Church in Plovdiv recently received an electricity bill for January that amounted to the sum of BNG 2,940 (almost $2,000). The church was unable to pay the sum, which was due by February 26.

Metropolitan Nikolay gave his Rolex to church’s Board of Trustees, asking to sell the expensive watch and use the money to pay the bill.