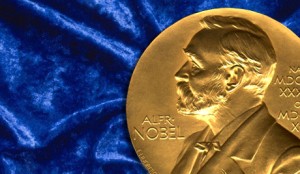 © Collage: The Voice of Russia

The Bulgarian Orthodox Church has been nominated for the Nobel Peace Prize, says the official website of its Holy Synod.

This year Bulgaria marked 70 years since the rescue of the Bulgarian Jews during World War II. The National Assembly in 1943 decided to impose a ban on their deportation, despite being pressured by Nazi Germany. At the time it was the Сhurch that raised its voice in defense of the Jews.

The initiative to nominate the Bulgarian Church for the Nobel Peace Prize belongs to PACE honorary member Lychezar Toshev.

The laureate will be announced in October this year in Oslo, Norway.