Source: The Times
Natalya Mihailova | 04 July 2016
Greece reacted angrily after a Muslim cleric intoned a call for prayer from inside the Hagia Sophia in Istanbul, for the first time since it was declared a museum in the 1930s by the secularist founder of modern Turkey. 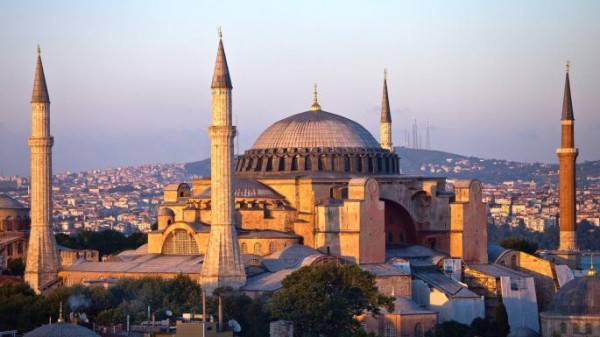 The Greek government had already protested at a Turkish decision to allow a daily Koranic reading during Ramadan in the Hagia Sophia – which was the biggest Greek Orthodox Christian church in the world for almost 1,000 years.

Although a traditional call to prayer has been played from the monument’s soaring minarets, the weekend calling was from within the historic landmark…