Can a Christian be Demon-possessed? 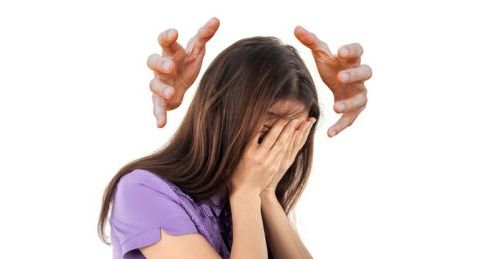 Believe it or not, I am sometimes asked the question “Can a Christian be demon-possessed?” Not often, admittedly, since our culture declares that demons do not exist, and that anyone who imagines that demons do in fact exist should probably be locked up and not let out with their keeper. Belief in angels is sometimes allowed (though presumably not by people like atheistic Richard Dawkins), because that belief makes us feel good, and feeling good often seems to be the determinative principle in our culture for whether a belief is credible or not. So: angels, maybe. Demons, certainly not. What are you anyway, some weird medieval survival from the superstitious Dark Ages? The only people therefore who ask me the question, “Can a Christian be demon-possessed?” are Christians who take their Bibles seriously. The existence of the demonic is found throughout the New Testament, and is presupposed in Orthodox spirituality and in our liturgical tradition.

All Orthodox Christians believe (or at least should believe) in the reality of the demonic. I hasten to add that believing that demons exist does not involve also believing that they resemble the comic figures that they have become in our popular culture. Demons are not little black imps with pointy tails and cloven hoofs, and they do not perch on your shoulder wielding pitch-forks. They do not wear red tights. Orthodox theology in fact says that they are bodiless, like the angels. The question is: Can a Christian be possessed by one of them?

It all depends, of course, upon what one means by “possessed”. Clearly Christians can be vexed, harassed, attacked, and influenced by the demonic, otherwise the presence of demonic threat in our liturgical tradition would not exist. Our prayers do not warn us of the danger of being abducted by UFO aliens, because such a threat is not real. The prayers do speak of the danger presented by demons because this threat is real.

A few examples from a standard Orthodox prayer-book, chosen at random may be cited as typical. From a morning prayer by St. Macarius: “Deliver me from all worldly things, and save me from every impulse of the devil”. From an evening prayer by St. Macarius: “Let me trample underfoot all the enemies, visible and invisible, which wage war against me”. From an evening prayer by St. Antioch: “Do not give me over to the temptations of the serpent or leave me to the desires of Satan”. From the Canon to the Theotokos, to be prayed as the soul is departing from the body of the dying: “O far-famed refuge for the sinful and contrite, make known your mercy to me, O Pure One, and deliver me from the hands of the demons, for like dogs, many surround me.” From a prayer to one’s guardian angel: “Give no place to the cunning demon to overcome me through the oppression of my mortal body”.

Many more examples could be cited, but one gets the idea. The reality of demonic opposition and attack is embedded within the Orthodox Christian tradition and cannot be denied without doing violence to that tradition. Given the roots of this teaching in the very ministry of Christ, one may even say that if one rejects the reality of the demonic, one’s problem is not with this teaching alone, but with Christianity itself.

We return then to the question, “What does one mean by ‘possessed’?” The word conjures up lurid pictures from movies like The Exorcist, with heads spinning around and projectile vomit. Presumably Christians cannot be possessed in this way, and become so utterly and completely under the sway of the demonic, since Christians are indwelt by the Holy Spirit and belong to God. I suggest that a more helpful question would be, “Can a Christian have a demon living inside of him or her?” This condition does not imply that the Christian is entirely within the thrall of Satan; the condition rather resembles that of one having a cancer growing inside one’s body. And I suggest that the answer to this question is, “Yes”.

No one disputes that a Christian can sin, and can have sinful habits, and even sinful addictions. Clergy who hear confessions will surely be aware that a Christian can suffer from such sinful addictions despite the fact that the Holy Spirit indwells him or her. One thinks, for example, of the pandemic of pornography, which can affect even Christians and hold them in the grip of addiction. In this way the topic of the presence of sin in the believer overlaps with the topic of the possibility of the demonic in the believer when the sin becomes habitual and ingrained.

Demonic infestation (I prefer to avoid the word “possession” because of its extreme and unhelpful associations) is therefore a possibility even for Christians. But one cannot easily become prey to the demonic and suffer such an infestation. One cannot “catch” a demon like a person who catches a cold by passing too near to someone who sneezes on them. To open oneself up to the demonic one needs first to open oneself up to extreme sin (such as pornography or the occult) and feed upon it constantly and deliberately. Lingering long and repeatedly in such dark places is dangerous, and increases the possibility of addiction and infestation. One suspects such an infestation if the sin cannot be overcome through prayer, fasting, and participation in the sacraments, or if one reacts negatively to the presence of the Eucharist or of icons.

I remember one such case in particular. The afflicted person was a Christian, but had begun to show such negative signs when in church, and suffered other things as well. The person went to the local monastery to see the monks there, who in turn came with their friend to St. Herman’s one afternoon. The usual prayers of exorcism were read, and the person anointed with oil, offered icons to venerate, and sprinkled with Holy Water. There were no extreme reactions like those in The Exorcist, but the person did feel something leave, and the negative symptoms which took him to the monks ceased thereafter. The monks and I concluded that the Lord had driven the demonic from the body of this Christian and brought healing and peace. And for those who accept the New Testament record as reliable, and who offer prayers of exorcism at each Orthodox baptism, is this really so hard to believe?

Most viewed articles
Of Boasting and Modesty89
His Holiness Patriarch Kirill Contracted the Coronavirus82
For My Sake and the Gospel’s78
4th Plenary Session between ROC and Coptic Church Held65
His Beatitude Metropolitan Tikhon Calls for Prayer for Those Facing Hurricanes Ian and Fiona32
Most popular authors
Pravmir.com team146
Archpriest Basil Ross Aden89
Fr. Theodore Stylianopoulos78
Metropolitan Tikhon of All America and Canada32