How Can I deal With my Sinful Condition?

Source: Metropolitan Anthony of Sourozh Archive
No one can live without sin, few know how to repent in such a way that their sins are washed as white as fleece, out there is one thing which we all can do; when we can neither avoid sin, nor repent truly, we can then bear the burden of sin, bear it patiently, bear it with pain.
Metropolitan Anthony of Sourozh | 10 October 2014 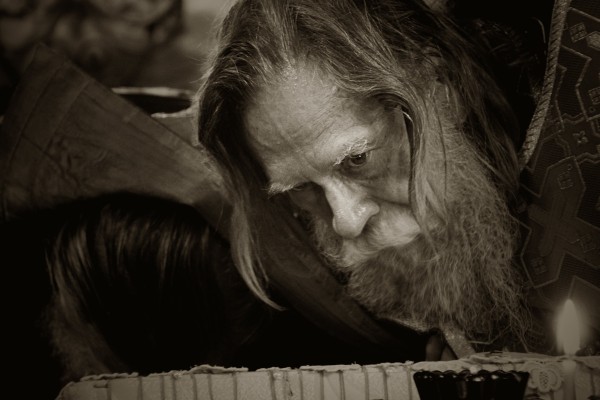 So often we ask ourselves and one another a very tormenting question: How can I deal with my sinful condition? What can I do? I cannot avoid committing sins; Christ alone is sinless. I cannot, for lack of determination, or courage, or ability truly repent when I do commit a sin, or in general, of my sinful condition. What is left to me? I am tormented, I fight like one drowning, and I see no solution.

And there is a word which was spoken once by a Russian staretz, one of the last elders of Optina. He said to a visitor of his: No one can live without sin, few know how to repent in such a way that their sins are washed as white as fleece, out there is one thing which we all can do; when we can neither avoid sin, nor repent truly, we can then bear the burden of sin, bear it patiently, bear it with pain, bear it without doing anything to avoid the pain and the agony of it, bear it as one would bear a cross; not Christ’s cross, not the cross of true discipleship, but the cross of the thief who was crucified next to Him. Didn’t the thief say to his companion who was blaspheming the Lord: We are enduring because we have committed crimes; He endures sinlessly… And it is to him, because he had accepted the punishment, the pain, the agony, the consequences indeed of evil he had committed, of being the man he was, that Christ said, ‘Thou shalt be with Me today in Paradise…’

I remember the life of one of the divines, the story of one who had come to him and have said that he had led all his life a life that was evil, impure, unworthy both of God and of himself; and then he had repented, he has rejected all evil he had done; and yet, he was in the power of the same evil. And the divine said to him: There was a time when you lapped up all this filth with delight; now you perceive it as filth and you feel that you are drowning in it with horror, with disgust. Take this to be your reward, for your past, and endure…

So, if we can, in a l l the ways we can, let us avoid sin in all its forms, even those sins which seem to be so unimportant, because the slightest crack in a dam sooner or later leads to its bursting. If we can — let us truly repent, that is turn away from our past in a heroic, determined act; but if we can do neither of them — let us carry humbly and patiently all the pain and all the consequences. And this will also be accounted one day by the Lord Who in a folkloric life of Moses, in response to His angels saying, ‘How long shall you endure their sins’ — the sins of the Jews in the wilderness, answered: ‘I will reject them when the measure of their sins will exceed the measure of their suffering’…

Let us therefore accept the pain as a redeeming pain, e v e n if we cannot offer it as pain pure of stain. Amen.

Most viewed articles
An Extraordinary Session of the ROCOR Synod of Bishops Convenes131
How to Get Rid of Spiritual Infantilism?104
How to Respond to Opposition to the Gospel100
A Piece of Rock Falls Down on the Skete of St. Anna on Mt. Athos84
His Beatitude Metropolitan Tikhon Issues Statement on Tragic School Shooting in Texas60
Romanian priests in Madrid draw conclusions on the benefit of praying together with family members43
Three Words41
PRAY: 14 Students, One Teacher Dead After Texas Elementary School Shooting38
test1
Most popular authors
Pravmir.com team215
Priest Andrei Chizhenko104
Archpriest Basil Ross Aden100
Metropolitan Tikhon of All America and Canada60
Aurelian Iftimiu43
Archpriest Geoffrey Korz41
Associated Press38
Maria Trushanina1