Celebrations on the Day of the Holy Trinity in Pyongyang 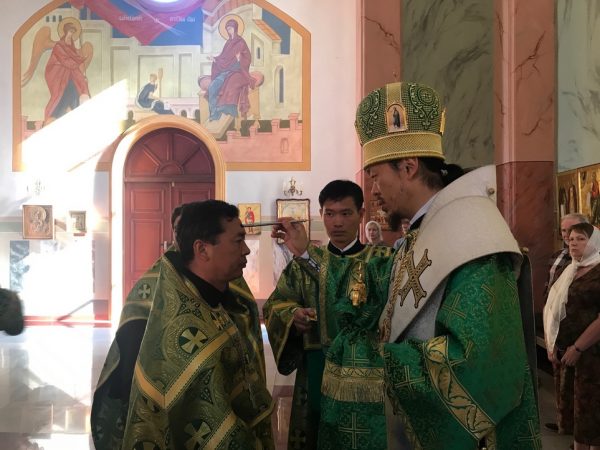 On June 16, 2019, when the Orthodox Church commemorates the Day of the Descent of the Holy Spirit upon the Apostles – the day of the foundation of the Christian Church, the church of the Trinity in the capital city of the People’s Democratic Republic of Korea celebrated its dedication day. The service was presided over by Archbishop Feofan of Korea. He was assisted by Rev. Theodore Kim, rector of the Trinity church; Rev. George Pyntya of the Metropolis of Vladivostok; Rev. Vladimir Zhan, diocese of Kyzyl; Protodeacon Alexy Parshukov and Deacon Pavel Pak, clerics of the church in Pyongyang.

Present at the service were members of the PDRK Orthodox Committee; Mr. A. Vostrikov, Russian charges-des-affaires in the PDRK; D. Petrovsky of the Moscow Patriarchate department for external church relations, as well as compatriots and citizens of Romania.

Many of the congregation partook of the Holy Gifts of Christ.

After the Divine Liturgy, kneel-down prayers were read and a procession with the cross was held.

Archbishop Feofan warmly greeted the congregation on the Day of the Holy Trinity and called upon all to take an active part in the parish life. Talks with parishioners continued at a tea party, after which a working talk took place between Archbishop Feofan of Korea and the chairman of the PDRK Orthodox Committee Victor Yu Yen Nyen.

On the same day, the delegation of the Russian Orthodox Church laid flowers at the Liberation Monument, a monument to Soviet soldiers on Morabong Hill. At the station cross in the Soviet cemetery in the Sadon area, Archbishop Feofan said a prayer for the repose of the dead.

After that, Archbishop Feofan and the delegation of the Russian Orthodox Church visited the diplomatic mission of the Russian Federation in the PDRK. He laid flowers at the memorial plague devoted to A. Karlov, Hero of Russia, who was the Russian ambassador to the PDRK in the period from 2001-2006.

Archbishop Feofan arrived in Pyongyang on June 14, 2019. At the airport, he was met by Chairman of the PDRK Orthodox Committee Victor Yu Yen Nyen, Russian Ambassador A. Metsegora, Rev. Theodore Kim, Russian diplomats and clergy of the church in Pyongyang. He is accompanied by D. Petrovsky, DECR, and Deacon Alexy Parshukov, diocese of Kyzyl. 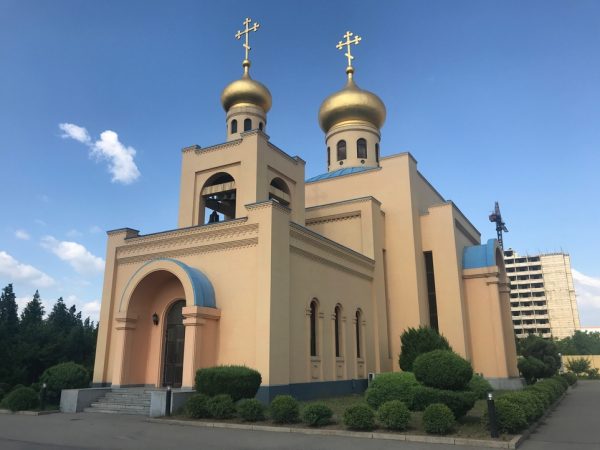