Ceremony of Holy Fire Descent to be Held without Pilgrims 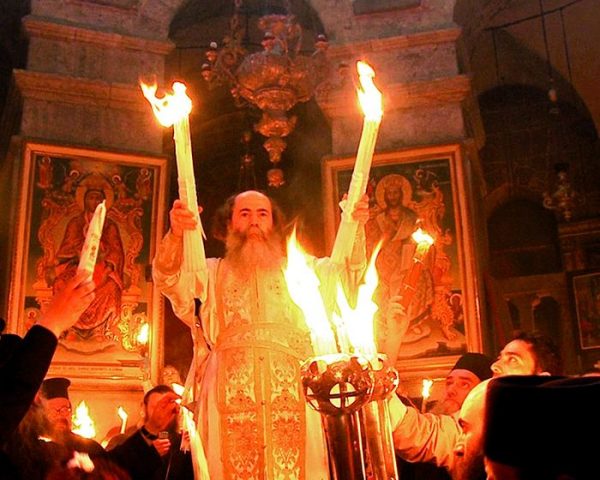 The annual Holy Fire service on Holy Saturday will be held in the Church of the Holy Sepulchre in Jerusalem this year, but without pilgrims, due to the coronavirus pandemic. The Fire will also be delivered to other countries.

The service, in which fire descends from Heaven and lights the Patriarch of Jerusalem’s candle as he prays in the Lord’s Tomb, is normally attended by thousands of pilgrims from throughout the world.

The service, falling on April 18 this year, will also be celebrated with a “limited number of participants,” Akiva Tor, the head of the Department for the Diaspora and World Religions of the Israeli Foreign Ministry, reports TASS.

“The ceremony on April 18 will take place, as always, only without the presence of pilgrims. The ceremony will be held with a limited number of participants. About 10 people will participate in it,” the diplomat said.

The ceremony will also be broadcast around the world, as usual.