Holy Fire descends on Church of the Holy Sepulchre in Jerusalem

Source: FOCUS Information Agency
Natalya Mihailova | 30 April 2016
Jerusalem. Holy Fire has descended on the Church of the Holy Sepulchre in Jerusalem and Patriarch Theophilos III of Jerusalem has handed it to the people who gathered in the temple, RIA Novosti reported. 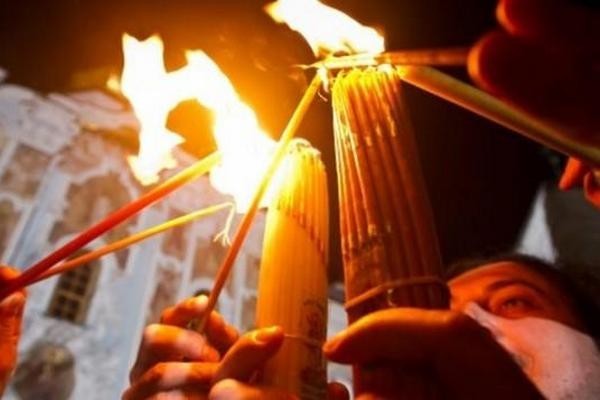 The Holy Fire symbolises the resurrection of Jesus Christ, which Saint Peter referred to, and is believed to be a sacred thing for believers.

Its appearance on the eve of Easter with the prayers of the Patriarch, clergymen, and thousands of believers is called a “miracle of descent of the Holy Fire”.