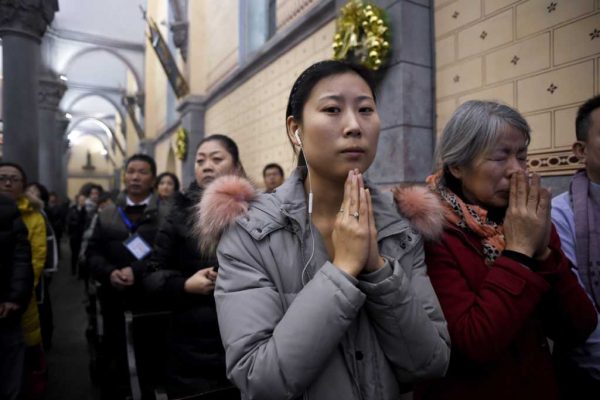 Chinese authorities continue to threaten and intimidate the Christian minority through any means possible. In their latest tactic of oppression, communist officials have started interrogating believers for buying faith-based books online.

Christians are being invited to “tea sessions,” a colloquial term for police interrogations, after attempting to purchase Christian books through the instant messaging app “WeChat” and an associated online shop called the “Wheat Bookstore.”

The “Wheat Bookstore” sells Christian publications and is popular amongst the minority faith community in China.

Speaking to International Christian Concern (ICC), Father Francis Liu from the Chinese Christian Fellowship of Righteousness said many believers who are seeking to purchase items from the store are being summarily investigated by Chinese government officials.

ICC reported that one such believer was “recently visited by local state security officials thanks to the purchase he made last year.”

“He was asked to provide his cell phone number and WeChat account and had to sign a document to confirm his religious affiliation. His supervisor was asked to sign as well,” the persecution watchdog explained.

As a result of the police action, Wheat Bookstore issued a warning that any purchases made from them may result in a police visit. The shop also advised potential customers on how to approach any conversation with officials.

According to a local source who spoke with ICC, Chinese authorities are attempting to stifle the flow of Christian literature in order to create a “spiritual famine” amongst believers.

China has been ramping up efforts against the Christian community in recent months, even resorting to enforced demolitions of church buildings.

Advocacy group Bitter Winter recently reported that some 30 believers were sentenced to prison in September, with many set to spend over a decade behind bars.