Christ is Risen! Paschal Message of His Holiness Patriarch Kirill of Moscow and All Russia

Source: DECR
Patriarch Kirill of Moscow and All Russia | 28 April 2019 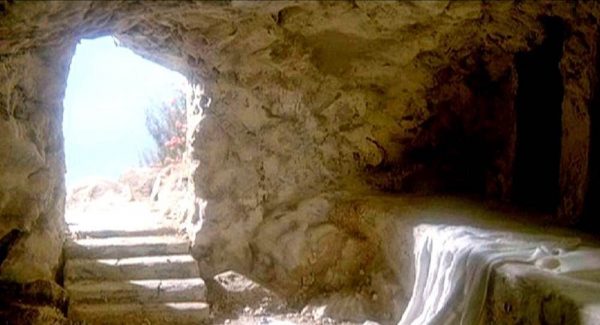 of His Holiness Patriarch KIRILL of Moscow and All Russia

to the Archpastors, Pastors, Deacons, Monks and Nuns and

All the Faithful Children of the Russian Orthodox Church

Blessed be the God and Father of our Lord Jesus Christ!

through the resurrection of Jesus Christ from the dead (1 Pet 1:3)

On this wondrous day of great solemnity, filled with a special joy in the Lord Jesus who has risen from the tomb, I convey my heartfelt congratulations to all of you on the great and world-saving feast of Pascha and address you with the words of the ancient life-affirming greeting:

Today the fullness of the One, Holy, Catholic and Apostolic Church praises “with hymns and spiritual songs” the resurrection from the dead of the Son of God and the Son of Man our Lord Jesus Christ, who has cast down the power of death and opened up for us the way into his incorruptible kingdom. Truly, “now all things are filled with light; heaven, and earth, and the places under the earth. All creation celebrates the resurrection of Christ, on whom also it is founded” (The Paschal Canon).

Like the myrrh-bearing women of the Gospels and the other disciples of the Saviour, who became the first witnesses to the resurrection, we are called upon to proclaim this great joy to people – to those who are close and dear to us, to those who are around us, to those whom we know. We say to them: Christ is risen! And then, as many centuries ago, having believed, some will reply: He is truly risen! Others, like the apostle Thomas, will doubt and say: until I have seen him, until I have touched him, I will not believe ((Jn 20:25). Others will simply deny this message.

Belief in the resurrection of Jesus Christ is the unshakeable foundation, the firm pillar, upon which Christianity rests. “If after death He could not rise again, neither is sin loosed, nor death taken away,” says St. John Chrysostom, “Yea, and not only have we preached in vain, but ye also have believed in vain” (39th Homily on the First Epistle to the Corinthians).

By his redemptive sacrifice Christ united heaven and earth, the eternal and the temporal, the Creator and the creation, God and the human person. He has overcome the gulf which since the dawn of human history has separated the first people from their Maker. When they violated the commandments that were given to them and disobeyed their Creator, sin and death came to reign in the world. “When the fulness of the time had come,” says the apostle Paul, “God sent his Son, born of a woman, to redeem those who were under the law so that we might receive adoption as children” (Gal. 4:4-5).

Christ, being the Lamb of God “without defect or blemish takes away the sin of the world” (1 Pet 1:19; Jn 1:29). In being obedient to the heavenly Father “to the point of death– even death on the cross” (Phil. 2:8), he brings all of humankind to its Creator, reconciling it with him. Being the Son of God by his nature, he makes us sons and daughters of God by grace. The Lord opens up to us the way of moral transformation and spiritual ascension to life everlasting and blessed with God “in the unfading day of his kingdom” (The Paschal Canon).

In freeing us from enslavement to sin, in casting down “the powers of this present darkness, the spiritual forces of evil in the heavenly places” (Eph. 6:12), the Lord is raised up to heaven, where he sits in unapproachable glory at the right hand of the pre-eternal Father. At the same time, he does not abandon us here on earth and abides eternally with his disciples who together form his Body of the One, Holy, Catholic and Apostolic Church. Her Head, Christ himself, guides this ark of salvation through the stormy waters of the sea of life to the tranquil haven of heaven where “God may be all in all” (1 Cor. 15:28).

We, Christians, who comprise the Holy Church, are to continue his glorious mission in the world. Like the great multitude of brothers and sisters in the faith who came before us – the apostles, the myrrh-bearing women, the martyrs, the saintly bishops, the venerable monks and nuns and the righteous – we are called upon to “give thanks to the Lord, call on his name, make known his deeds among the people” (1 Chr. 1:8). We are called upon to preach the Son of God and the Son of Man, who in his ineffable love for us shed his most precious blood on the Cross. We are called upon in both word and deed and with our whole lives to bear witness to people of the One who “was wounded for our transgressions, crushed for our iniquities” (Isa. 53:5) and “was raised for our justification” (Rom. 4:25).

Dear brothers and sisters! Again and again from the depths of my heart I would like to congratulate you on the radiant “Feast of feasts and Triumph of triumphs – the Lord’s Pascha” (The Paschal Canon). As the holy apostle John teaches us, “Let us love one another, because love is from God. He loved us and sent his Son to be the atoning sacrifice for our sins. Since God loved us so much, we also ought to love one another” (1 Jn 4:7-11). May these magnificent words be forever a guide for us on all paths of our life and inspire us to accomplish good deeds in the service of both those who are near and those who are afar. Amen.

This is the day that the Lord has made; let us rejoice and be glad in it, for CHRIST HAS TRULY RISEN!