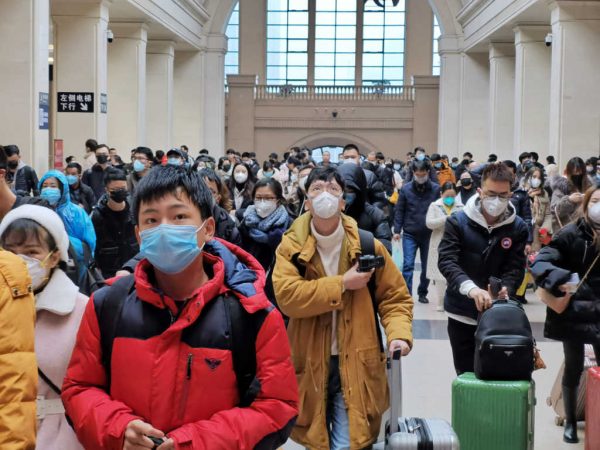 Roughly 350 Americans are arriving home from China after leaving the coronavirus hot zone, touching down in California where they’ll be quarantined. The evacuations come as the virus is still spreading, infecting more than 24,000 people. China admits nearly 500 people are dead from the virus, but the actual numbers are unverifiable.

At the epicenter of the coronavirus outbreak in Wuhan, China, surgical masks are being used in two ways to further the spread of the Gospel.

First, Christians wear the mask themselves as they talk about Jesus to people on the streets. This not only helps prevent disease, but can also prevent prosecution by the Chinese government since the masks help conceal a person’s identity.

There are an estimated 100 million Christians in China, who often face persecution in the Communist nation. For that reason, most operate underground.

Second, Chinese Christians are handing out masks to people on the street. Along with the masks, they’re also handing out Gospel tracts.

CBN News Asia Correspondent Lucille Talusan said since the people of Wuhan are facing fearful uncertainty in the midst of the coronavirus epidemic, some have become more receptive to Christ at this time.

“There are Christians, a ministry in Wuhan, they go out to the streets. They’re very courageous,” she said. “They give out masks and they say that they are Christians and they share the love of Christ and point to Jesus to bring hope to them and their families and the whole of China… This is really a break-through.”

As the infection rate soars, Americans and other foreigners are evacuating. The 350 Americans who left Wuhan on two US State Department chartered airplanes landed at Travis Air Force base near San Francisco. The passengers from one of the planes will remain quarantined there for two weeks.   The other plane refueled and flew to Miramar Air Station in San Diego where they will remain quarantined for two weeks as well.

The evacuees will be housed in hotels on the military bases and will not have any contact with base personnel, according to the US Department of Defense.

Although the number of coronavirus cases continues to climb, the World Health Organization meeting Tuesday stopped short of declaring the epidemic a global pandemic. While the number of cases has spread to dozens of other countries, the outbreak is still largely confined to China, where the government there is taking extreme measures to contain the virus.