Source: Sputnik
Christians in the Middle East, especially in Syria and Iraq, are subjected to very serious persecution, Russian Foreign Minister Sergei Lavrov said.
Natalya Mihailova | 25 July 2016
MOSCOW (Sputnik) — According to Lavrov, the exodus of Christians from the region where Christianity was born, would be a "huge blow" to history and the spiritual side of the whole of the Middle East. 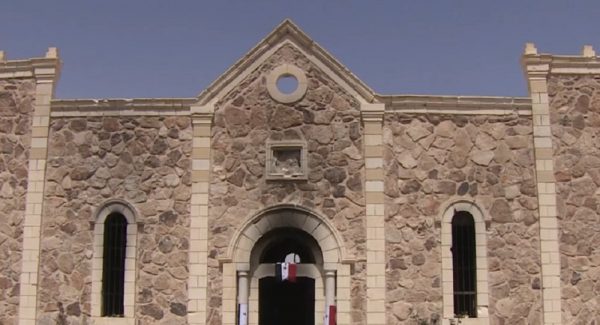 “Christians today are exposed to very serious persecution in the Middle East and, above all, in Syria and Iraq. Their number in these countries has dramatically decreased,” Lavrov told the Imperial Orthodox Palestine Society (IOPS).

“Therefore, we are actively using international organizations to draw attention to this acute problem, with IOPS and our government agencies,” Lavrov added.

The minister said that the second conference dedicated to the protection of Christians would be held in the fall of 2016. According to Lavrov, Christian interests in Europe, where their rights are being limited under the pretext of tolerance, require no less attention than the rights of Christians in the Middle East.

“This is a very dangerous trend. I would support the idea to take the initiative through the IOPS to develop a universal intergovernmental mechanisms to promote inter-religious dialogue, education of citizens in all countries in the spirit of respect for other religions and high moral values,” Lavrov said.

On July 22, Russia’s Permanent Representative to the Organization for Security and Co-operation in Europe (OSCE) Alexander Lukashevich said Moscow believed that the migration issue should be in constant focus of the organization and that special attention should paid to the discrimination and displacement of Christians in the Middle East.