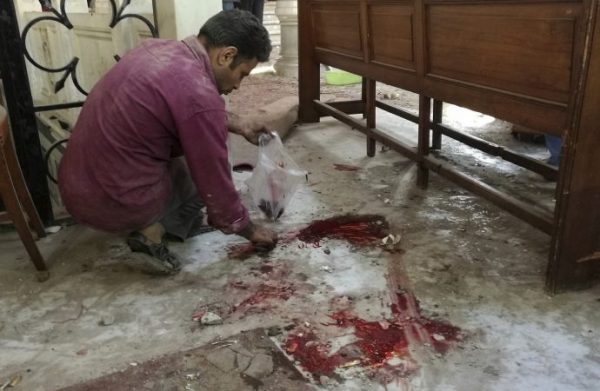 “If the world hates you, realize that it hated me first…. If they persecuted me, they will also persecute you.”

Christians, according to a new study, are the most persecuted religious group in the world.

Pope Francis acknowledged the worldwide assault on persons of faith in his Angelus address on December 26, the Feast of St. Stephen, the first martyr. The Holy Father called for prayerful and concrete solidarity with Christians throughout the world suffering because of the faith.

How serious is the problem? Researchers at Gordon-Conwell Theological Seminary’s Centre for the Study of Global Christianity report that around 90,000 Christians were killed in 2016. Of those, 30%—or around 27,000—were killed in terror attacks, destruction of their villages, or government persecution. The remaining deaths were attributed to tribal conflicts in Africa in which Christians, for reasons of conscience, were unwilling to take up arms against their enemies. The statistical analysis will be released in its entirety next month.

Breitbart News reported that the director of the Centre for Studies on New Religions (Cesnur),Massimo Introvigne, told Vatican Radio that around half a billion Christians in the world are unable to express their faith completely freely.

“This is a new age of martyrs. It’s a time when those who believe in the transcendent generosity of Christ are driven from their homes to suffer exile. It’s an age of blood spilled at a ravaged cross.

Even Bethlehem, within living memory a majority-Christian city, has driven out the followers of Jesus until perhaps a dwindling eighth of the population is Christian.”

Writing on the Feast of St. Stephen, Peters called on Americans enjoying leftovers from their Christmas feast to “…remember those who are martyred as you eat, the tens of thousands of Stephens whom we ignore.”

Apparently, Pope Francis sent the message while on pilgrimage to the Holy Land, where he embraced the Ecumenical…