Source: Interfax-religion
"So modern culture, alas quite successfully, recognizes an attempt to change moral and cultural values."
Natalya Mihailova | 12 May 2014
Moscow, May 12, Interfax - The Russian Church official is anxious about victory of travesty-diva from Austria under pseudonym Conchita Wurst in Eurovision-2014 song contest. 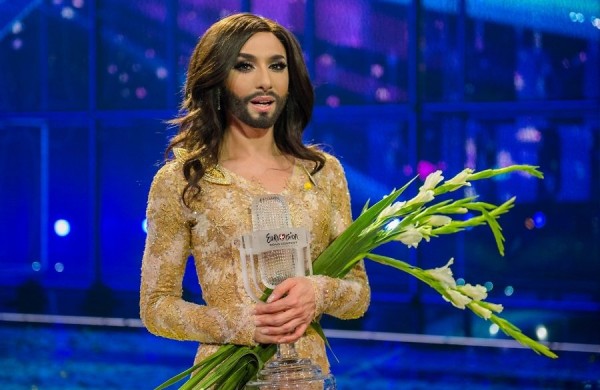 “It is another link in the chain of cultural legitimization of vice in modern world, an attempt to fix new cultural norms. Process of legalizing things, to which Bible refers as to abomination, is not new. Unfortunately, trends in legal and cultural field go in parallel ways, and results of the contest prove it,” head of the Synodal Information Department Vladimir Legoyda told an Interfax-Religion correspondent. According to him, to some extent, cultural recognition of the phenomenon is “even more dangerous than legal, as it often foreruns it: law fixes or is called to fix valuable orientations of society.”

“So modern culture, alas quite successfully, recognizes an attempt to change moral and cultural values. Thus it seems strange to me, when I hear as words of expert evaluation: “Nothing strange happens.” The thing is that changes are quite evident not only from positions of traditional religions,” Legoyda said.He noted that even abstract cultural analysis “if it is honest, should state that cultural and moral guiding lines are changing.”“In other words, it is one more step to refusing Christian identity of European culture,” the interviewee of the agency summed up.As was reported, Wurst (Thomas Neuwirth) with composition “Rise Like a Phoenix” won the Eurovision final in Copenhagen. The contestant performed in an image of bearded woman.