Source: Interfax-Religion
Natalya Mihailova | 22 May 2014
Moscow, May 21, Interfax - The Moscow authorities have denied the application of sexual minorities to hold a gay pride parade in the Russian capital on May 31. 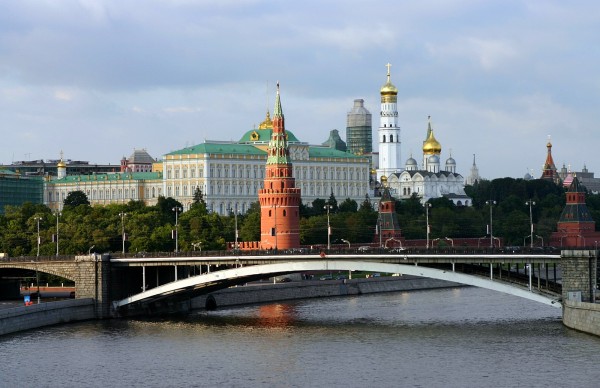 “The application has been considered. The event has not been permitted,” first deputy head of the Moscow mayor’s office department for regional security and fighting corruption Vasily Oleynik told Interfax on Wednesday.

“The reason is that children and teenagers can become involuntarily witnesses of what is happening,” Oleynik said.

Actions of rally participants could insult “religious and moral feelings and human dignity,” he said.

Notification on holding the annual gay parade on May 31 has been submitted to the Moscow mayor’s office, founder of the Moscow gay parade movement Nikolay Alexeyev said.

The Eurovision 2014 music contest held in Denmark on May 6-10 was won by transvestite, “bearded lady” Thomas Neuwirt from Austria who performed under the pseudonym of Conchita Wurst.

Most viewed articles
“Do Not Weep”154
Christ the Life Giver139
Best Films of the Pokrov Film Festival Have Been Determined132
The Religion of Self118
Patriarch Kirill Answers Questions from Participants of the Ninth Faith and Word Festival91
(VIDEO)Celebrating 5 years of Byzanfest International Orthodox Film Festival89
“He preached the message of the Resurrection for 12 years”: First Bishop of Deva Gurie Georgiu laid to rest at Cathedral of St Nicholas44
Patriarch Kirill: “An Effective Way to Overcome Social and Economical Dead End Is to Be Guided by the Word of God”30
Why Pray if Nothing Changes?1
The Pain that Leads to Joy1
Most popular authors
Pravmir.com team342
Archpriest Peter Olsen154
Fr. Theodore Stylianopoulos139
Fr. Gabriel Bilas118
Aurelian Iftimiu44
Metropolitan Hilarion (Alfeyev)1
Fr. Andreas Agathokleous1