Church desecrated in Simferopol on Halloween

Source: Interfax-religion
Natalya Mihailova | 04 November 2015
Simferopol, November 3, Interfax - Act of vandalism was committed against the Church of the Icon of the Mother of God Sovereign in Simferopol. 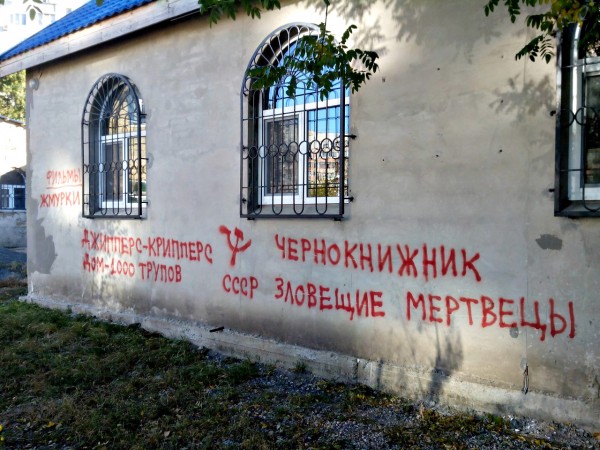 The incident took place at night on October 31 when Halloween is celebrated, press service of the Crimean Diocese reports.

“Facade wall of the church was painted red, they wrote the titles of horror films with capital letters on it, the films promoting Satan rites, worship to Satan and demonic forces, violation and murders,” the message reads.

The diocesan officials suppose that Satanists committed the crime. Several years ago, pentagrams and upturned crosses were depicted at the door to the old church located at the temporary premises.