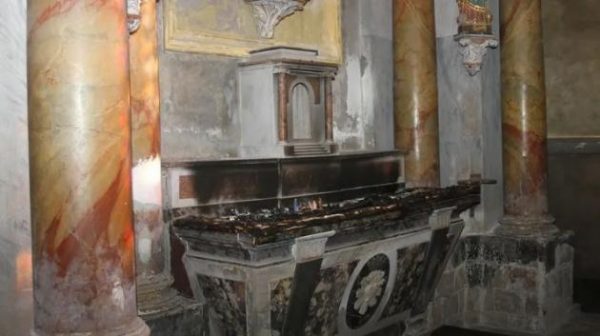 Attacks against Christians in Europe reached record highs in 2019, as hostility and vandalism against churches, Christian schools and monuments sweep the continent.

“Violence against Christian sites is most widespread in France, where churches, schools, cemeteries and monuments are being vandalized, desecrated and burned at an average rate of three per day, according to government statistics. In Germany, attacks against Christian churches are occurring at an average rate of two per day, according to police blotters,” the group documented in a Jan. 1 report.

Those committing the crimes are rarely apprehended and the information about their identities are covered up by police and journalists, the group asserts. Because many suspects are said to have mental disorders, the acts of vandalism, though demonstrably anti-Christian, are not formally classified as “hate crimes.”

The hostile acts that have been documented include instances of arson, defecation, desecration, looting, mockery, profanation, satanism, theft, urination and vandalism, and often the perpetrators are never caught.