Source: Sputnik
The Church of England has approved an amendment allowing women to be appointed as bishops. After the vote, the Archbishop of Canterbury praised the historic decision and warned his coreligionists against the 'imminent danger' of schism.
Natalya Mihailova | 20 November 2014
MOSCOW, November 17 (Sputnik), Ekaterina Blinova - The Church of England has formally approved an amendment allowing women to become bishops; the first female bishops will be ordained next year. 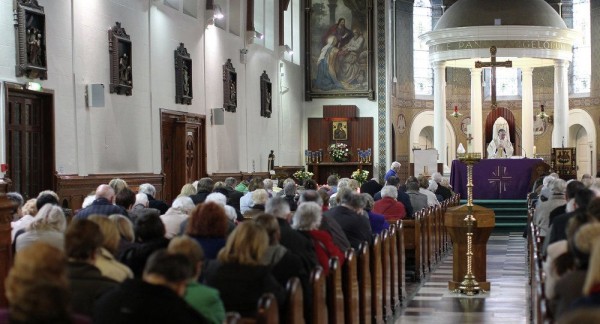 “The first women could be appointed before Christmas and arrangements are in place to fast-track anyone eligible into the House of Lords. By Easter, at the latest, there should be a female bishop sitting in the House of Lords,” the Guardian reported.

“A man or a woman may be consecrated to the office of bishop,” the amendment to “Canon 33” now states.

The newspaper cites Canon Rosie Harper, a female vicar, who tweeted: “The work of a whole lifetime for so many, many people has just come to fruition.”

“Today we can begin to embrace a new way of being the church and moving forward together. We will also continue to seek the flourishing of the church of those who disagree,” said Archbishop of Canterbury Justin Welby, who signed the historic legislation, as quoted by Agence France-Presse.

However, although the conservative evangelical opposition has “retreated,” the divisions between Anglicans remain. Evangelical group Reform claims that “at least a quarter of the Church” will find the new legislation “incompatible with their beliefs,” the BBC points out.
Thus far, after the vote the Archbishop of Canterbury warned his audience against an “imminent danger” of schism: “Without prayer and repentance it is hard to see how we can avoid some serious fractures,” he said, as quoted by the Guardian.

According to Welby, about a half of the Anglican Church bishops would be women in the next ten years. He added that the church has been already training women as new potential bishops.

“We are working very hard at training – the aim is that you end up with a big pool of people where gender is irrelevant. We are going to take this very, very seriously,” he underscored.

It should be noted that there are currently nine bishop vacancies in the Church of England – either men or women can be assumed now for these high posts.