Church in Honor of St. John of Shanghai to Be Built in Pennsylvania 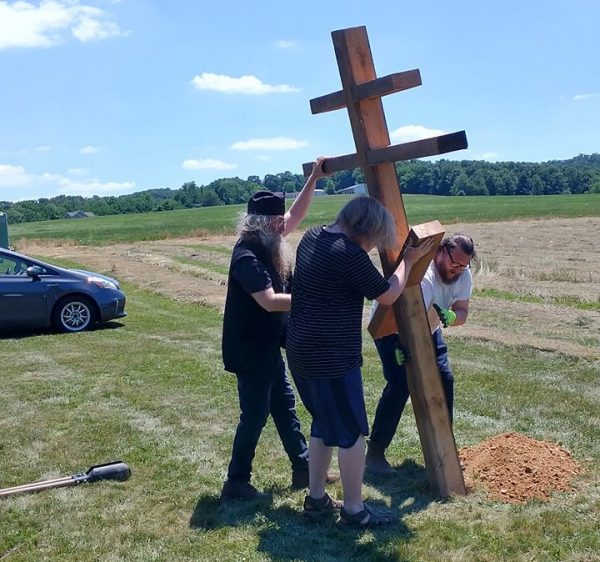 The small town of Winfield, PA, will soon be home to a new Orthodox church named for one of the greatest saints to have served in America.

“Today St. John of Shanghai and San Francisco Russian Orthodox Mission Church installed the standing Cross at the entry to our building site to mark the start of our building program. Glory to God!”, Deacon Paul Siewers reported on his Facebook page.

The church will be built on a six-acre plot of land in the small town of Winfield, just south of Lewisburg. The parish also operates St. John Orthodox Cemetery, which was consecrated in July 2019. Services are currently held in downtown Lewisburg, near Bucknell University.

The parish community was founded in 2015 under the name of Protection of the Most Holy Mother of God Russian Orthodox Mission Church, inspired by Holy Protection Monastery in White Haven, PA – one of the many monasteries founded by Elder Ephraim of Philotheou and Arizona. It was founded at the request of Orthodox faithful in the region of the Susquehanna River Confluence in central Pennsylvania, where there are not nearby parishes.

The name was changed to St. John of Shanghai and San Francisco, Wonderworker of America, at the request of the Eastern American Diocese, as there already other parishes named for the feast of the Protection.

“The name emerged because of associations of mission clergy and parishioners with the veneration of St. John, a modern ascetic and wonderworking saint who had been a hierarch of ROCOR in North America, and whose missionary work in the U.S. helped inspire émigrés and converts alike in unity in the ancient faith of Orthodox Christianity. His well-known devotion to the Mother of God marked continuity with the original name, as does the mission’s continued practice of monthly akathists to our Lady the Most Holy Theotokos,” explains the parish website.