Source: Interfax-religion
Natalya Mihailova | 22 May 2015
Moscow, May 22, Interfax - The state should not finance abortions, the corresponding law should be adopted, the Russian Church officials believe. 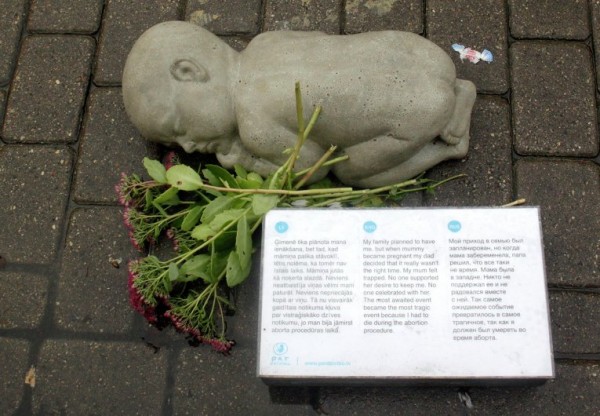 “Believers and society cannot financially participate in committing abortions and state laws should reflect it, head of the Synodal Information Department Vladimir Legoyda was quoted as saying by his press service.

According to the church official, some people claim that it is better to spend money on abortions than support poor mothers and education for children.

“Perhaps, it is cheaper to kill than finance disabled and mentally disturbed people,” he resumed.

Head of the Synodal Department for Church and Society Relations Archpriest Vsevolod Chaplin told Interfax-Religion that “Russia will cease to exist with the current level of abortions, destruction of a family, pornography and unquotable words in Internet, perversions, hopes for foreign accounts and houses exchanged for entire control to “outside forces.”

He also said that Orthodox churches collected signatures under an address for criminal punishment for abortion and suggestion to entirely exclude it from the country’s life, “thousands of people have already signed the document.”

Patriarch Kirill of Moscow and All Russia suggested excluding abortions from the system of compulsory medical insurance speaking at the Christmas parliamentary meetings in January 2015.

On May 19, deputies of the State Duma introduced the corresponding draft to the Lower Chamber. This initiative was criticized by Vice President Olga Golodets and speaker of the Federation Council Valentina Matviyenko.