You Cannot Serve Two Ideas: When Ideology and Theology Meet 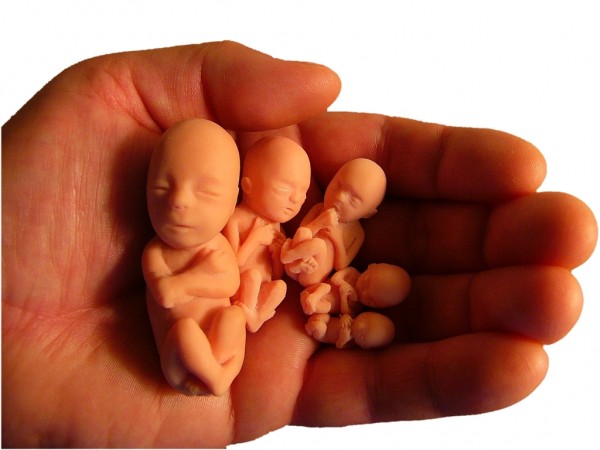 When I was involved in draft counseling during the war in Vietnam, I had a liberal friend who knew I was anti-war and was also opposed to the death penalty. She was shocked when I said I was also opposed to abortion. When I told her I thought I was being pretty consistent, she didn’t get it. As she saw it, I was violating a kind of liberal package deal.

A couple of years later I met a man who was not at all liberal. He was very much in favor of both the death penalty and abortion rights, and saw no inconsistency. I found myself sadly agreeing with him: he was consistent.

My liberal friend was a more complicated case. She did have a half-baked sense of the sacred, of some value that should attach to a woman’s right to choose whether to give birth to or kill the life in her womb, and she knew that innocent people might be mistakenly con-victed, and that even guilty people should not be killed.

But neither had a sense of life as truly sacred. Nor, I think it must be said, do those who call themselves pro-life and defend capital punish-ment based on the argument that the murderer has forfeited the right to life by taking the life of another. In both cases—one side often secular and the other side often ostensibly religious––there is a sense that a life’s value depends somehow on our end of the deal, our sense that a life is of value (because completely inno-cent, as in the case of the child in the womb) or that a life has forfeited its sacred status (because it violated the sacred status of another life, as in the case of a murderer).

This makes us too important, and God’s role as creator a wimpy cameo. How I regard the life of a child in the womb––whether I want it to be born or not––does not matter in the face of the fact that this unique being exists. To argue that it is a tiny collection of cells and therefore unimportant is not far from arguing that it is not so grave a matter to murder a dwarf as it is to murder a giant; it makes my attitude toward a life more important than that life’s existence, its God-givenness.

To argue that the life of a murderer can be taken because the murderer has violated the life of his victim is to say that the murderer gets to define the limits of the sacred. The terrible fact is that the murderer’s life is sacred, because God has willed that life, and none of us has the power to cancel the holiness of having been called into existence from nothingness. We may wish to cancel our vocation; in the horror of some lives it may be an overwhelming desire. But we cannot. And Christians have to bear witness to the sacred character of all human beings, no matter how innocent or how guilty, all of them people for whom Jesus Christ died. We are not our own. This applies to the newly conceived baby, and to any murderer on death row.

Most viewed articles
“Do Not Weep”140
Best Films of the Pokrov Film Festival Have Been Determined126
Christ the Life Giver120
Archbishop Peter of Chicago and Mid-America in an interview to Poltava Diocese’s press service reveals interesting moments in the life of St John (Maximovich)103
(VIDEO)Celebrating 5 years of Byzanfest International Orthodox Film Festival74
Patriarch Kirill Answers Questions from Participants of the Ninth Faith and Word Festival60
The Religion of Self36
Using Our Time Wisely to Cultivate the Seeds of Faith2
Most popular authors
Pravmir.com team363
Archpriest Peter Olsen140
Fr. Theodore Stylianopoulos120
Fr. Gabriel Bilas36
Priest Luke A. Veronis2