Churches Destroyed and Looted By ISIS Being Restored in Syria 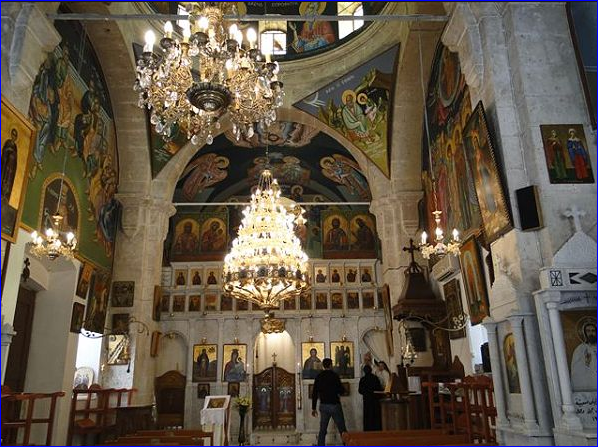 The pilgrims from all around the world traveled to religious shrines before the war. It was almost completely destroyed and looted by ISIS and Al-Nusra Front. When under pressure from the Syrian Arab army the Retreating Islamists took everything valuable from the temples, including ancient icons, historical manuscripts, icon lamps and altar-cross, church furnishings, tombstones and other valuable items.

The militants destroyed everything they could not hastily take along; some of the buildings were burned. After the liberation under the support of the government of Syria the citizens of Maaloula started rebuilding churches, assembling church furnishings, religious books and other objects piece by piece.

While in the city there is no influx of tourists and worshippers but locals are sure that people from all over the world, pilgrims, will be able to visit holy places again with the onset of peace and the creation of zones of de-escalation.

But the Christians try not only to rebuild Maaloula, they try to rebuild the relationship between them and the Muslims shattered by ISIS. 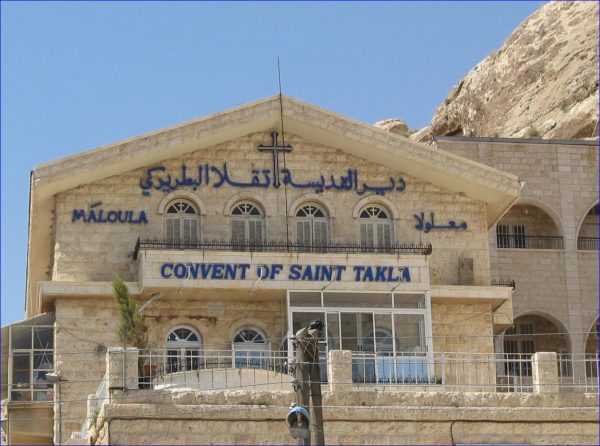 Expressing optimism for a return to his homeland, he said: “We’ll be back, yes. We will return to Iraq, to Mosul, to Syria, to Maalula, to Beirut and to every place we have lived. They are our homes and our lands. So, what are we going to leave them for? To whom? To what civilization? We must go back and rebuild trust between ourselves little by little. Even if it’s not easy.”

Father Haddad is a Syrian and represents the Greek-Catholic patriarch in Rome. According to him, presence of Christianity in the Middle East is not optional but a necessity. “I am convinced that coexistence will not end,” he said.

“It should not end, because if it does, there will be no Christian presence. Without this presence, a new Jihad war could begin between a Muslim East and a Christian West. This Christian presence is what ensures the victory of balance and coexistence,” he explained. 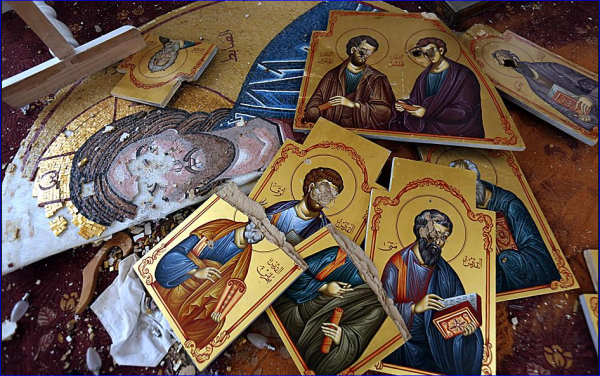 Maaloula is ancient city where most of the inhabitants speak the language of Jesus Christ, the Semitic Aramaic. It is located in the Rif Dimashq Governorate in Syria, 56 km to the northeast of Damascus, and built into the rugged mountainside, at an altitude of more than 1500 m. It is known as one of three remaining villages where Western Aramaic is still spoken, the other two being the nearby villages Jubb’adin and Al-Sarkha (Bakhah).There are two important monasteries in Ma’loula: the Eastern Catholic Mar Sarkis and Greek Orthodox St. Thecla. 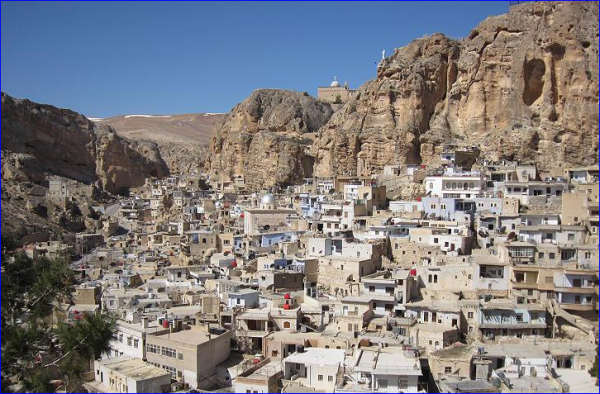 The convent of St. Thecla holds the remains of Thecla, which the second-century Acts of Paul and Thecla accounts a noble virgin and pupil of St. Paul. According to later legend not in the Acts, Taqla was being pursued by soldiers of her father to capture her because of her Christian faith. She came upon a mountain, and after praying, the mountain split open and let her escape through. The town gets its name from this gap or entrance in the mountain. However, there are many variations to this story among the residents of Ma’loula.

One of the oldest surviving monasteries in Syria. It was built on the site of a pagan temple, and has elements which go back to the fifth to sixth century Byzantine period. Mar Sarkis is the Assyrian name for Saint Sergius, a Roman soldier who was executed for his Christian beliefs. This monastery still maintains its solemn historical character.

Mar Sarkis has two of the oldest icons in the world, one depicting the Last Supper.

There are also the remains of numerous monasteries, convents, churches, shrines and sanctuaries. There are some that lie in ruins, while others continue to stand, defying age. Many pilgrims come to Ma’loula, both Muslim and Christian, and they go there to gain blessings and make offerings.