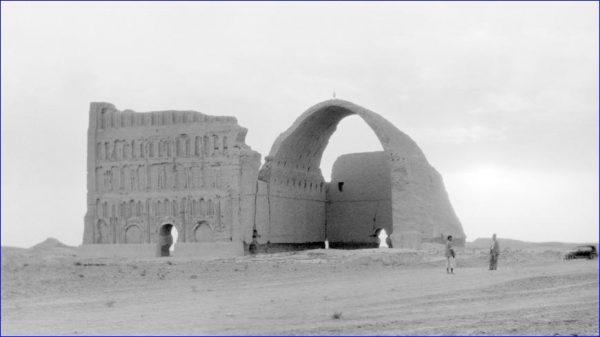 A photo of the Church of Kokheh, built by Saint Mari in the first century, taken in 1932.

BAGHDAD — A group of Christians from Baghdad who visited the ruins of the Church of Kokheh, located 20 miles (32 kilometers) south of the Iraqi capital, were spontaneously invited by the local Muslim community for lunch after their tour.

The historical Church of Kokheh is one of the early points of departure of Christianity in the Middle East, Father Mansour al-Makhlissi, founder and head of the Center for Eastern Studies at the Roman Catholic Church in Baghdad, told the visitors as he took them around the site of the church on May 25. “It was the patriarchal residence of the Eastern Church for centuries,” he said, adding that 24 patriarchs were buried in the church built by Saint Mari in the first century.

Over the past 20 years, Christians could not visit the remnants of the church due to safety concerns, most recently due to the attacks by the Islamic State.