On Saturday afternoon, a group of four people attempted to break into the St. Michael the Archangel's Church in the heart of the Chechen capital
Pravmir.com team | 21 May 2018 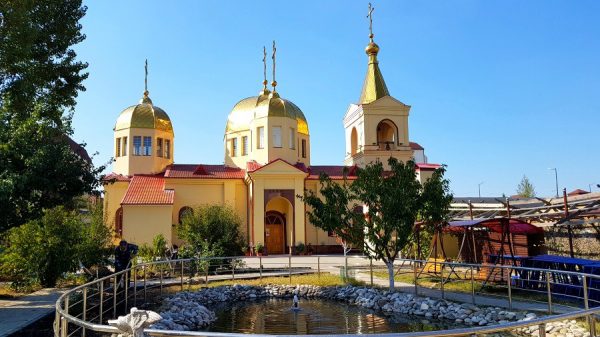 GROZNY, May 20. /TASS/. Parishioners, attending a service at the St. Michael the Archangel’s Church in the Chechen capital Grozny on Saturday afternoon, managed to slam the door shut right in front of attackers, the church’s senior priest has told TASS.

“It was an ordinary Saturday service that precedes the Sunday one. The service was under way when I heard gunshots ringing out outside. We all realized that they [attackers] were just about to storm in through the main door. I told the people standing next to the door to close it. They did what I said, but could not possibly hold it for long. There were only elderly women and just one man. I approached and helped holding it, and this is when they started shooting right through the door,” Father Sergiy (Abasov) said.

He said a man who helped to hold the door was injured.

“I ran to another section of the church, to a window that overlooks my home, where my three children were at the moment. They ran out, and I yelled ‘get inside!’, but the attackers opened fire at my wife, who was outside as well. She tried to take shelter in the house, but it was too late, he [one of the attackers] has already reloaded his shotgun and was now aiming at her. She ran to the dining room, and then locked herself in the basement, and this is what saved her life,” the priest said.

On Saturday afternoon, a group of four people attempted to break into the St. Michael the Archangel’s Church in Grozny, located on a busy street in the heart of the Chechen capital. It is a popular tourist site surrounded by shopping malls and cafes.

The attackers, who carried smoothbore guns, knives, hatchets and plastic bottles with inflammable liquid, were unable to get inside the building. However, as a result of the attack, two police officers and one civilian were killed, two more officers were wounded. Four attackers were also killed.

The region’s health ministry said that a doctor of the Gudermes district hospital was injured in the attack. His condition is stable.