Collection for the Christians of Syria from the Romanian Orthodox Patriarchate

Source: Orthodoxy Cognate PAGE
The collection for aiding the Christians of Syria and of other areas of Middle East, many of them victims of the persecution and violence, began in all the churches and monasteries of the Romanian Patriarchate.
Natalya Mihailova | 01 May 2014 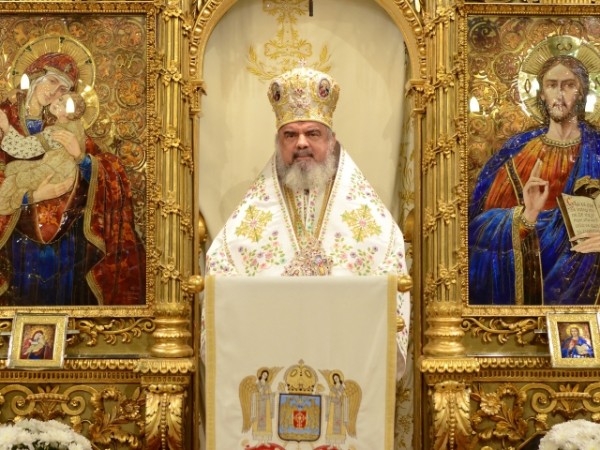 His Beatitude Patriarch Daniel expressed in the sermon delivered within the Divine Liturgy the hope that peace and good understanding among different faiths and cultures will be re-established as soon as possible in this part of the world.

The Syrian Orthodox Church is one of the oldest Christian Churches.

“The place where the disciples of Jesus were called Christians for the first time was Antioch of Syria so that this thing makes us solitary with them, makes us suffer with these persecuted Christians. Lots of saints remembered in our books of worship and in Filocalia lived in Syria. Thus, the oldest Christian roots are in the region of Palestina and Syria. In Syria there are still a few villages where the Aramaic language – the language of Jesus Christ, our Lord – is still spoken. Thus, we feel special affection for these Christians who have kept their faith in the course of time, in spite of the invasions of the migratory populations. Now they have to leave their country and houses because there is disagreement from a political point of view. Let us pray God to bring peace and good understanding among people and comfort to those in distress and mourning”, His Beatitude Daniel said.

In 2009, the Romanian Patriarchate appointed a missionary priest for the community of the Romanian Orthodox faithful of Damascus.

“May God help us aid them mainly because we have a Romanian Orthodox parish in Damasc. We are going to set up another one in Lebanon, at Beirut. Our priest over there keeps us informed about the state of things in Syria after he visits the community from time to time. We hope this war which brings much sufferance and sorrow to come soon to an end. May God help us enjoy the day when the Christians will no longer be persecuted in this country or in any other part of the world”, His Beatitude also said.

The Holy Synod of our Church decided during the working session of 13 February 2014 to organise a collection as a sign of solidarity with the Syrians in distress. This one will be organised during the next two Sundays, on 4 and 11 May.