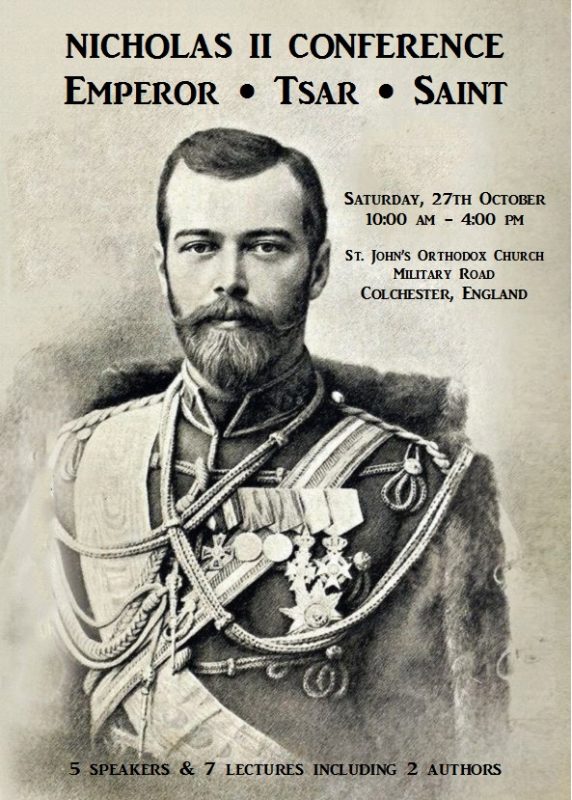 The conference will be held at St. John of Shanghai Orthodox Church in Colchester, England on Saturday, October 27.

“This conference will bring together people from all over Britain, Europe and abroad, to share and discuss one of the most documented and maligned monarchs in world history,” writes Royal Russia Founder and conference organizer Paul Gilbert.

Topics include “A Century of Treason, Cowardice and Lies,” “Why Nicholas II is a Saint in the Russian Orthodox Church,” “Nicholas II and the Sacredness of a Monarchy,” “Nicholas II in Post-Soviet Russia,” and several more.

For more information about this historic event, please visit the conference web site

The Monastery of St. John the Forerunner in Mesa Potamos, Cyprus has published a series of high-quality video…