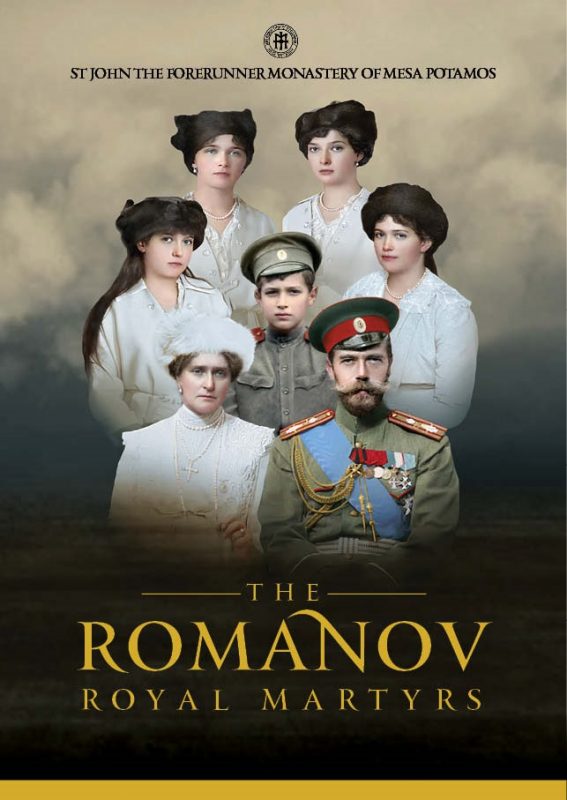 The tribute is entitled The Romanov Royal Martyrs: Centennial Tribute. The series consists of six episodes, which have been received very well, and which the monastery has now finished. The videos also include stunning unpublished Romanov colored pictures by acclaimed Russian colorist Olga Shirnina.

The series is as follows:

1. Tsar-Martyr Nicholas Through His Last Diary, with Helen Azar
An interview with Helen Azar about Tsar Nicholas’ II conduct during after his abdication, as seen in his last diary.

3. The Imperial Children Through Their Writings, with Helen Azar
An interview with Helen Azar about the personalities of all the Romanov children, according to their diaries’ entries and their letters. Helen also speaks about her involvement in the project “The Romanov Royal Martyrs: What Silence Could Not Conceal”.

4. Nicholas II: His Reign – His Faith – His Family, with Nicholas B.A. Nicholson
An interview with Nick Nicholson. Nicholas speaks about Nicholas’ II reign, faith, and family. He also speaks about his involvement in the project “The Romanov Royal Martyrs”.

What is the truth about the last Romanovs? Why, for more than a hundred years, have there been methodical efforts to distort the facts of their life, while the Orthodox Church has glorified them as saints?

The Monastery of St John the Forerunner in Mesa Potamos, Cyprus, having made use of the primary sources, presents for the first time the biography of the Royal Martyrs through an Orthodox prism bringing to light what silence could not conceal.

The Monastery of St. John the Forerunner is also the publisher of the first complete Greek-language biography of the Royal Martyrs, which was released in January of this year. The English language edition of The Romanov Royal Martyrs will be published by  St Vladimir’s Seminary Press in early 2019.