Delegation of Patriarchs Heads to Iraq in Support of Christians

Source: Naharnet
Natalya Mihailova | 20 August 2014
Maronite Patriarch Beshara al-Rahi traveled on Wednesday to the Iraqi region of Kurdistan at the head of a delegation of patriarchs, in a show of support to the persecuted Christians. 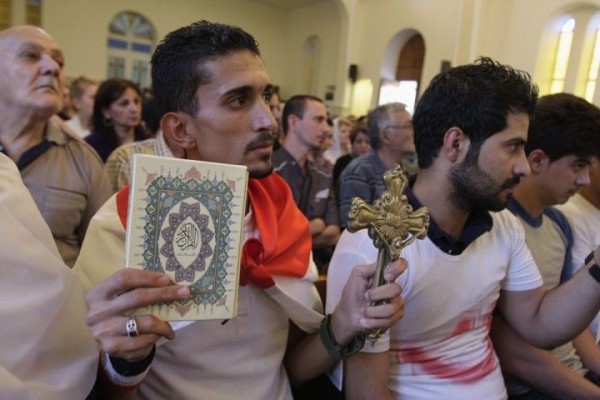 “We are heading to Erbil as a first step in the implementation of the statement issued by the patriarchs in their last meeting,” said al-Rahi at Rafik Hariri International Airport.

“The first and essential clause in the statement is our support for Christians who have left their houses because of the Islamic State and other terrorist organizations,” he added.

Islamic State militants in Iraq have been waging a campaign against minorities in Iraq, forcing thousands of people to flee their homes.

Last week as thousands from Iraq’s Yazidi and Christian minorities fled attacks by IS jihadists, Francis made a plea to the U.N. to do all it could to stop the violence.

The United States has launched dozens of air strikes in Iraq since early August to support Iraqi and Kurdish forces pushing back IS militants in the north.