World ‘Cannot Keep Silent About the Existence of the So-called ISIS,’ Patriarchs Declare

Source: Assyrian International News Agency
Natalya Mihailova | 02 September 2014
Meeting at the Maronite Catholic patriarchate at Bkerke, north of Beirut, Catholic and Orthodox patriarchs convened for a special summit to address the crisis in Iraq and Syria. Later joined by the United Nations' special coordinator in Lebanon and the ambassadors of the five permanent member-countries of the U.N. Security Council, the patriarchs called for worldwide efforts to eradicate terrorist groups. 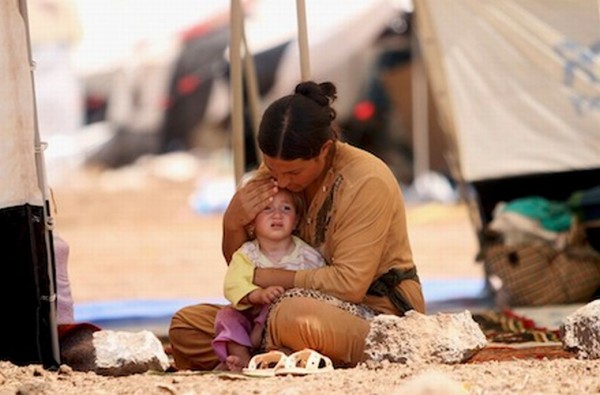 All denounced attacks on Christians and called for greater international involvement.

“The very existence of Christians is at stake in several Arab countries – notably in Iraq, Syria and Egypt – where they have been exposed to heinous crimes, forcing them to flee,” the patriarchs said in a statement.

They highlighted the indifference of both Islamic authorities and the international community over attacks against Christians, who have been in the region for 2,000 years.

“We call for issuing a fatwa that forbids attacks against others,” they said.

The meeting was a follow-up to their first summit earlier this month, in addition to a trip by several of them to Irbil, the capital of Iraq’s Kurdish region.

The prelates stressed the need for cutting off the sources of terrorism. They called upon the nations of the world to deprive extremist groups of resources by compelling countries financing them to stop their support.

Solutions, they say must include “dealing with the reasons that produced the miseries in the Middle East.” Harmony must be restored between the components of these countries, they said.

“The international community must act and eradicate” the Islamic State, the patriarchs said. “This is required from the United Nations and the U.N. Security Council.