Source: Pravmir (Russian)
Money from the sales will be spent on a recreation ground on the premises of an orphanage. The themes for the drawings are New Year and coronavirus.
Irina Sycheva | 06 February 2021

The Smile of Childhood Charitable Foundation has launched a fashion project to help children from an orphanage in the village of Losiny. Designers will create clothes with orphans’ drawings. The collection “Fashionable Look” will include T-shirts, hats, and sweatshirts. The money from the sales will be used to build a hockey arena for children in the orphanage.

“Thanks to the sales of this collection, we will be able to build a 40-meter-long hockey arena with lighting in the orphanage. <…> It is very important to support the aspirations of children to do sports,” said Andrey Blaginin, Head of the foundation, to Yekaterinburg Online.

This is the second project of the foundation. The previous one was called Special Fashion. In 2016, pupils of the Yekaterinburg boarding school №8 took part in it. Children with autism drew pictures that were printed on T-shirts, shirts and sweatshirts. Each item was released in a single copy, and it was possible to buy it only on the project’s website.

Thanks to the sales of the previous collection, the organizers raised money to equip the sensory room.

Policemen carried a pensioner for 6 kilometers

Yuri Ozhiganov, 73, a resident of the village of Malyshevo in the Sverdlovsk Region, went for a walk in the afternoon. When he never returned in the evening, his worried relatives went to the police.

The first to start the search were members of the police patrol of the city of Asbest, Anatoly Neprin, Denis Golikov and Maxim Bakshaev. They went into the forest and searched for the missing person in the darkness for two hours. When they finally found the elderly man, it turned out that he was so cold that he could not walk on his own.

The policemen decided to carry the pensioner. They had to carry him for six kilometers through the snowdrifts to the rescue vehicle.

Doctors diagnosed the pensioner with mild general hypothermia. After rendering assistance, he was released home, now he feels well, nothing threatens his health.

Later he explained that he often goes for walks in the forest. This time, while walking, he got lost and could not find his way home. He had a mobile phone with him, he was able to get through to his wife and tell her about what had happened.

“I got into trouble – I got lost in the forest and couldn’t get out. <…> It’s scary to imagine what could have happened to me if not for the competent actions of the police,” Yuri said. 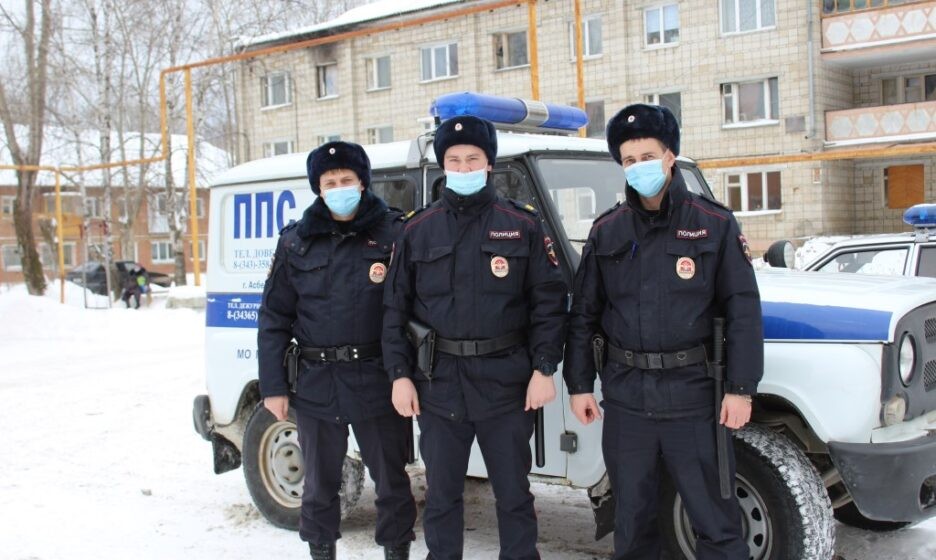 Doctors of hockey teams saved the life of a plane passenger

On February 3, during the Vladivostok-Moscow flight, one of the passengers on the plane felt ill. Her blood pressure dropped sharply, convulsions began, and she lost consciousness.

At the time there were two hockey teams on board – “Typhoon” and “Almaz”, who were returning from a tour of the Far East. Together with the players, there were doctors Evgeny Pomorov and Konstantin Matsutsyn.

When the passenger got sick, the stewardess asked the doctors for help. They put the woman in a horizontal position, raised her legs and performed anti-shock therapy.

As Konstantin Matsutsyn explained, the woman had an overdose of bronchodilators due to improper use of the drug; she was recently diagnosed with bronchial asthma.

After the assistance was provided, the passenger felt better, but the doctors advised the crew to make an emergency landing in order to send the woman to the hospital as soon as possible.

The plane made an unscheduled landing in Nizhnevartovsk, where the ambulance doctors were already waiting for the woman.

“We only did our job. In my practice, I have already seen such cases. I think this happens to all doctors who often fly on their duty. So providing assistance for us during flight is a common event. I don’t think that my colleagues and I have done something supernatural,” Matsutsyn told Sports.ru.

Most viewed articles
Seven Lessons for the New Year from St. Seraphim of Sarov213
New Jersey Governor Signs Bill Legalizing Abortion Up To Moment of Birth91
The Way of Christ Is The Way of Love58
140th anniversary of repose of St Antipas the Athonite of Calapodești celebrated in Roman56
Metropolitan Hilarion Celebrates the 20th Anniversary of His Episcopal Consecration53
A Great Time to Join the Orthodox Church34
Sunday of the Samaritan Woman1
How We Worship: the Struggle of the American Experience1
Most popular authors
Priest Luke A. Veronis213
Ryan Foley91
Fr. Theodore Stylianopoulos58
Aurelian Iftimiu56
Pravmir.com team53
Frederica Matthewes-Green34