Discussing the Main Reasons for Loss of Faith 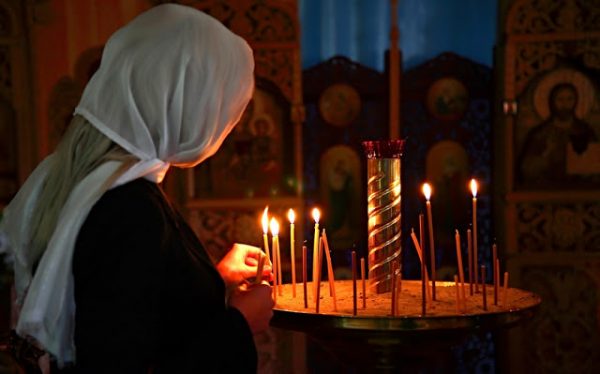 It’s easy to find testimonies about “deconversion”, aka loss of faith, in the English-language part of the World Wide Web. People who grew up in a Christian (most often Fundamentalist) environment and then became atheists encourage each other, sharing their stories about how “reason and science” opened their eyes and demonstrated that the Bible (or in fact, the interpretation thereof, preached by the congregations which they attended as children) is evidently false.

Lately, similar stories have started to surface out in the Russian-speaking part of the Internet, too. An anonymous story of a priest who ostensibly lost his faith appeared on an anti-Christian website not long ago. I don’t know if that story is authentic; in any case, it resembles other stories so it’s worth looking into.

The author lists three main reasons for loss of faith. First, science has proven that the Earth is more than six thousand years old. Second, there are demonstrably false stories in the saints’ lives. Third, he never witnessed any miracles while praying. Well, let’s deal with these reasons, starting with science.

What’s always striking in all those stories of deconversion is that the new knowledge and discoveries that the author puts forward as the reason for abandoning Christ are well known for many educated Christians but never lead them to renounce Jesus.

Take, for instance, Francis Collins, an American geneticist and the former head of the institute that decoded the human genome. Currently, he is in charge of the National Institute of Health and belongs to the upper layer of the world scientific elite. You are hardly more informed in the field of biology than he is. And yet, he’s a Christian, and he even wrote a book called The Language of God, which was translated into Russian. If biology makes you renounce Christ, what do you know which Dr. Collins doesn’t know?

Here is another Christian, Sir John Eccles, who won the Nobel Prize for his research in neurophysiology. His knowledge of how brain works did not interfere with his belief in the immortality of the soul and God’s Providence.

I am not going to turn this article into a detailed list of famous scholars who remain faithful Christians. There are dozens of such lists on the Internet. Sure, these scholars don’t think that the Earth is six thousand years old — frankly speaking, neither do I — but it doesn’t lead them to become atheists. 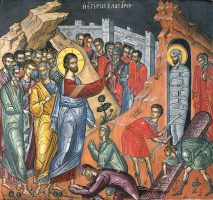 The same is true of miracles, too. The majority of believers have never witnessed the transformation of water into wine and crossed rivers using only bridges, yet it doesn’t prevent them from remaining Christians and being able to see God act in their lives.

Indeed, whether we see God act in our lives or not is to a great extent our choice, it’s what we want to see or not. There were many people in the Gospel who witnessed the Lord’s miracles but not every one of them started to believe in him. Furthermore, the more evident those miracles were (especially the resurrection of Lazarus), the more stubborn their denial was. We read in the Gospel that after Lazarus was raised from the dead, “many of the Jews which came to Mary, and had seen the things which Jesus did, believed on him. But some of them went their ways to the Pharisees, and told them what things Jesus had done. Then gathered the chief priests and the Pharisees a council, and said, What do we? for this man doeth many miracles. If we let him thus alone, all men will believe on him: and the Romans shall come and take away both our place and nation” (John 11:45-48).

If you stand face to face with an obvious miracle, it feels like you face a trial: you will never be able to go on living as if nothing happened. An individual either responds to the miracle with repentance and faith or refuses the opportunity; either of these decisions changes that individual’s life and determines his further destiny, including the eternal destiny.

That is why miracles of Biblical scope are extremely rare. On the contrary, the examples of God’s engagement with our lives happen quite often but they are subtle and uncoercive. You can agree to notice them or not. Someone has cancer, he goes through relentless treatment; other people pray for him with fervor, and in the end, he recovers. Is it a miracle? Skeptics will say: it was thanks to the chemo, so the effect of prayer is negligible. Someone is in trouble and doesn’t know what to do, then prays to God, and—the situation changes in an unexpected way. Is it a miracle? Skeptics can say that it was sheer luck. Someone prays to God to rescue him from a disaster, and the disaster goes away. It’s an accident, a skeptic may say.

Can we prove the skeptic wrong? How? We don’t have an alternative reality, where we didn’t pray, to check against. A person who chooses not to believe in God, won’t believe. God won’t force him into seeing His presence in the circumstances of life—at least until the Judgment Day.

Sure, sometimes prayers don’t work: people die and or dreams don’t come true. However, prayer isn’t the way of manipulating the universe. It’s our personal plea to the One Who knows best. You can believe or refuse to believe if your request is met; likewise, if your prayers don’t yield fruit, you can either trust God or decide that if God doesn’t always do what I ask him to do, He doesn’t deserve my allegiance. A believer and an unbeliever may encounter the same events but react to them differently.

Lives of the Saints

Unreliable information in the saints’ biographies (lives of the saints) is an even weaker reason for loss of faith. Let’s assume—as many Orthodox Christians do—that there are certain unreliable facts there. What does it change for us? If the story of a saint destroying pagan temples with the power of his prayer is just a later legend, does it mean that there is no God and that Christ isn’t risen?

It seems to me that the deconverts are simply looking for ways to excuse their loss of faith but the real reasons aren’t the ones that they claim as such. What are the real reasons? I don’t know. They must vary among various people; with that said, there are certain well-trodden paths.

The first reason, which destroys our relationship with God, is our doubting his forgiveness. We all sin, sometimes chronically, year after year. Sometimes we fail suddenly and awfully. When an individual doubts that God has enough mercy for him, he tries to hide from the pangs of his conscience using the customary method, i.e., putting on the prosecutor’s mantle, justifying his own behavior and blaming others as a counter-attack measure. Furious condemnation of other Christians doesn’t mean that you’re zealous in the Lord. Zealots like Savonarola or Protopope Avvakum are an endangered species, if not extinct, nowadays. Much more often this behavior points at one’s own guilty conscience: “Those other sinners are even worse than I. They wear miters nevertheless!” The more a Christian attacks the Church, the stronger his anxiety is, the stronger he feels that he’s going in the wrong direction. The stronger his anxiety, the more thundering his invectives. Like other sins, this sin follows a downward spiral pattern.

You can jump out of that spiral if you simply believe that Christ knew who He was about to deal with from the start, and that all our sins are redeemed on Mount Golgotha. What we need is to get around to it and accept His forgiveness. 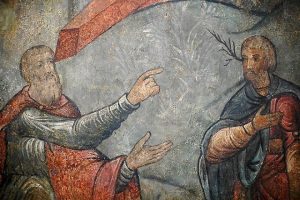 The second reason is our reluctance to forgive others. We all commit sins, and other people sin against us, too. If you are hurt, offended, or rebuked unjustly by other members of the Church, you are called to forgive them, and if you are reluctant to do so, it will erode your faith very fast.

The third reason is gradual evaporation of the feeling of awe. We live in a world that opposes the feeling of awe and hierarchy. Faith looks up at God, angels, saints, and the Church. The contemporary world can hardly stand it: it demands total vulgarization and defilement. “Creative artists” with their wry smiles of troubled teenagers are looking for ways to mock all sacred and revered objects and ideas and invite everyone to join them. Do you want to appear laid-back, blinkered, and ignorant of the modern art? They are always making fun of the Church and have the snide attitude that requires joking and derisive remarks every time they talk about sacred objects and ideas. When an Orthodox Christian gives in to this spirit of the time, he’s in trouble.

As far as scientific evidence is concerned, we’ve heard it already, haven’t we?