What Do We Want From Religion? 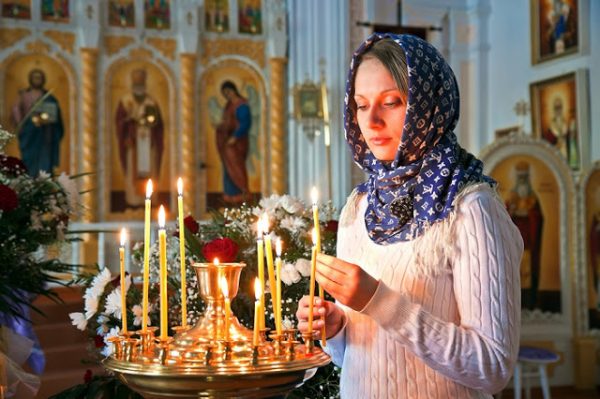 What does it mean to have faith?  What do we want from religion?  What can we hope for from God?  These are the kinds of questions that we tend to overlook because they threaten to take us out of our comfort zones.  Many people do not want to think about “the big questions” too much because they can easily make us uncomfortable and require us to change what we believe and how we live. They call us into question.

In today’s gospel reading, the faith of Jairus and his wife was put to the ultimate test when Jesus Christ said of their daughter, “Do not fear; only believe, and she shall be well…[and]  Do not weep; for she is not dead but sleeping.”  We do not know exactly what Jairus had believed about the Lord other than that he knelt before Him and asked Him to come to his house, where his daughter was dying.  It was one thing to believe that this rabbi had the spiritual power to heal the sick, but probably something quite different to trust that He could raise the dead.

The gospel passage does not quote any of Jairus’ words.  It does not tell us explicitly how he and his wife responded to the Lord’s challenge to believe that she would be returned to life and health.  These events probably rocked them to the depths of their souls.  Perhaps they could not find the words to respond to what was going on in that moment.  But they had enough faith to go into their house with the One Who had promised to save their daughter if they believed and did not fear.  Even though the mourning and weeping had already begun, they offered Him the faith of which they were capable at that moment.  Their trust enabled them to receive a miracle well beyond all reasonable expectations.

The same is true of the woman who had been bleeding for twelve years.  She had spent all her money paying physicians who could not help her. Her malady was medically incurable at that time, and also made her ritually and socially unclean.  The passage does not tell us just what she believed about Christ, but only that she reached out and touched the hem of His garment in a crowd so large that she hoped she could do so without drawing attention to herself.  She must have had some level of faith that even that small gesture would open her to receive healing through Him.  That is what happened, but when the Lord announced that someone had touched Him, she knew that her secret was out.  That is when she “came trembling, and falling down before Him declared in the presence of all the people why she had touched Him, and how she had been immediately healed.”  When she openly confessed what Christ had done for her, He said, “Daughter, your faith has made you well; go in peace.”

Both the bleeding woman and Jairus faced circumstances so dark that they could not reasonably expect to be delivered from them.  In the usual course of events, incurable chronic disease and death cannot be overcome.  That these challenges were so profound is reflected by the fact that these characters speak so little in this passage. They did not use words to state clearly what they believed about Christ.  The woman did not say anything until after she had been healed, which came through the only gesture of faith that she had the strength to make:  secretly touching the hem of the Savior’s garment.  And once she was healed, she spoke only after she had been found out.  Though Jairus had asked Christ to come to his house where his daughter was dying, our gospel passage does not record him asking for her to be raised after her death.  He and his wife probably struggled in stunned silence to believe that the Lord could fulfill such an astounding promise.

It is often difficult, if not impossible, to put into words our deepest fears, hopes, and loves.  There are so many dimensions of life that are too profound for precise definitions.  All the more is that the case for God, the infinitely holy “I AM” Who is beyond our knowledge and control.  Orthodox theology teaches that we are completely ignorant of God’s essence, but know God as He has revealed Himself to us in His divine energies.  While we may use words to make true statements about God, genuine spiritual knowledge requires participation in His life.  That participation requires faith in the sense of opening and offering ourselves to Him from the depths of our souls. That kind of participation transforms us into “partakers of the divine nature” by grace as we become more like God in holiness.

In our epistle reading, Saint Paul described this fulfillment of the human person as becoming “a new creation.”  He opposed the Judaizers who wanted Gentile converts to be circumcised in obedience to the Old Testament law before becoming Christians.  As a former Pharisee and expert in Judaism, he knew that such practices do not conquer death or release people from bondage to sin.  But through His Cross, the Savior has done precisely that and made it possible for us to participate personally in His eternal life.  Not a matter of legal observance or having certain ideas or feelings about God, the healing of our souls comes through faith.  That is how we pursue the journey to become more fully human in God’s image and likeness.

We may be tempted to think that faith is something we have already mastered, for hopefully we believe the words we say in the Nicene Creed and in the prayers and worship of the Church.   At some level, we have entrusted ourselves to Christ.    But the goal of becoming “a new creation” is not one that we may ever say we have accomplished or completed.  To become like God in holiness is an eternal, infinite journey.  It requires, as St. Paul writes, to embrace a crucifixion of oneself in relation to the world.  That means dying to the corrupting effects of sin in order to enter more fully into the new life of the risen Lord.  Not much spiritual insight is required to see that we all have a long way to go on that journey.

Jairus and the bleeding woman remind us by their examples that we need a faith much deeper than words, ideas, or feelings.  To become “a new creation” in Christ, we must reach out to Him as best we can for the healing of our chronic and seemingly incurable diseases of soul and body.  Even when all seems lost for us or our loved ones, we must struggle to obey the command:  “Do not fear; only believe.”

We will probably lack the words to describe how the Lord is present and what He is doing in our darkest moments.  Faith does not require complete rational comprehension; if it did, we would not call it faith.  At the end of the day, faith is about uniting ourselves to Christ in His great Self-Offering on the cross.  He did not conquer sin and death with ideas or words, but by offering up Himself purely out of love.  If we are becoming “a new creation” in Him, then our lives must be characterized by sacrificial, trusting obedience from the depths of our souls, especially when despair seems to make much more sense than hope in the world as we know it.  The clearer our spiritual vision becomes, the more we will see that faith requires something much deeper than knowing the right words or following the rules.  It requires the humble trust of those who desperately want health instead of sickness, who want life instead of death.  The Lord accepted the secret touch of the bleeding woman and the stunned obedience of Jairus.  And He will accept our faith also, if we simply do what we can to entrust our lives to Him from the depths of our souls and leave the rest in His hands.