Priest Conducts an Unusual Experiment on the Internet 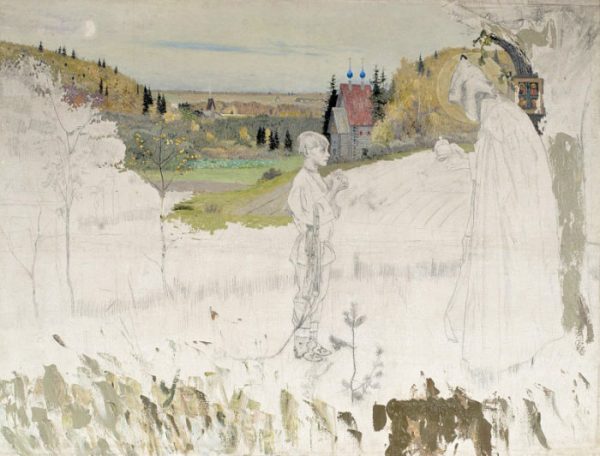 “…There is a problem with a teenager. He is a bad student, doesn’t remember anything, behaves in a strange way, avoids communication with other teenagers and doesn’t play with them, stays away from companies, goes somewhere all the time, and likes to be alone. He started having problems at school due to his poor performance. He just can’t learn properly. What can be done?”

Such message of a Moscow priest, Maxim Obukhov, has been recently published on his Facebook page. 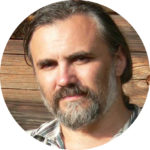 Of course, a hundred pieces of advice poured in. People shared their thoughts on raising teenagers, recommended to take him to a psychologist, gave useful contacts, posted articles on pedagogy and psychology, and even made medical diagnoses based on the information received.

After making a pause and gaining a sufficient number of opinions, Father Maxim wrote a very unexpected continuation of the story about the boy:  “It was about 600 years ago, the boy was called Bartholomew, the future Sergius of Radonezh. The information that he was a difficult teenager is taken from his life. ” And then he explained why he needed this so-called “hype”:

“The goal is to broaden horizons on unusual children. Children are very different, and when some of them seem strange to us, we want to alter them, treat them or regard them as abnormal. A child who does not fit the “norm” is not always sick. Bartholomew (the future Sergius of Radonezh) did not study well, did not play children’s games, and liked to spend time alone.”

Thus, the priest showed the audience how often we are eager to give advice without understanding the heart of the matter or without trying to figure out all the circumstances of the case.

In our minds there are certain standards and patterns of perception of various life situations, which we share with each other freely. Meanwhile, not all situations fall into such patterns. There are non-standard children, whose parents try to squeeze into the Procrustean bed of their ideas about what a child should be. And if there is anything that doesn’t fit into this framework of “norm”, they begin to fight with it. Sometimes it ends tragically. “Indeed, — adds Father Maxim, – some children, including gifted ones, can be out-of-the-ordinary. If you break them down, try to change or re-educate them, then our society will become poorer and more boring.”

In our opinion, these commentators (among whom there are quite a few people who go to church) began to consider this issue through the lens of secular life. They didn’t conceive the idea that the situation can be looked at from a Christian point of view. The reasons for the teenager’s strange behavior may lie in the peculiarities of his spiritual life. And on top of that inconsistency with usual standards is not always a bad thing.

Most viewed articles
Seven Lessons for the New Year from St. Seraphim of Sarov207
The Perfectionist117
New Jersey Governor Signs Bill Legalizing Abortion Up To Moment of Birth91
The Way of Christ Is The Way of Love57
140th anniversary of repose of St Antipas the Athonite of Calapodești celebrated in Roman56
Metropolitan Hilarion Celebrates the 20th Anniversary of His Episcopal Consecration52
A Great Time to Join the Orthodox Church15
Sunday of the Samaritan Woman1
How We Worship: the Struggle of the American Experience1
1
Most popular authors
Priest Luke A. Veronis207
Protopresbyter Themistoklis Mourtzanos117
Ryan Foley91
Fr. Theodore Stylianopoulos57
Aurelian Iftimiu56
Pravmir.com team52
Frederica Matthewes-Green15