On Truth. Are There Many Truths? 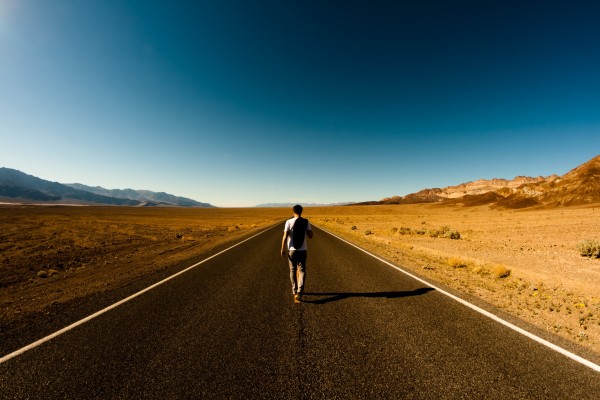 When I was a teenager I was taught by my Methodist pastor that there were many paths to God besides Christianity. He described it as climbing a mountain. Some paths went around the mountain and zig and zag, but the Christian path was one that climbed straight to the top. I held on to this notion until quite recently not realizing how it was weakening my faith. I see now how it caused me to wander in my spiritual pursuits seeking the right path. This way of thinking along with those who say all religions are the same, that they teach similar values and so forth, discounts your belief in the Truth of Jesus Christ. You cannot hold a strong view about what you believe if you think it is only one of many paths.

Often we are taught that its arrogant to claim that our faith is the absolute Truth. After all, others make the same claim. But it’s jut as arrogant for someone to claim that there are many paths. They are taking a position that they have a larger, higher view than you, and are claiming a greater and superior truth. We cannot be ashamed of proclaiming what we know to be Truth.

Jesus Christ is a historical reality. The true nature of Christ is critical to understand and believe. It was fought over in the seven Ecumenical Councils. It was always affirmed that He is the incarnate God. He is both fully man and fully God, not just some virtuous person or esteemed prophet. Only Christians believe this Truth. It is through our understanding of this mystery of God’s revelation that we have the best chance at finding true joy and salvation from the turmoil, suffering and death we face in this worldly life.

Because so many claim to have the Truth and seem to want to impose it on others, there is much strife in the world caused by the different religions. The solution is not to condemn religion or to stamp it out. This only causes greater suffering. Man needs religion as proven by its continual growth. It is the Christian Truth that offers the greatest hope for peace and harmony in the world.

As Christians we believe that all people are created in the image and likeness of God. We know that everyone has within them the potential to be virtuous. In addition to this Christians recognize that we are all sinners. We are in practice less than our Orthodox Christian beliefs should make us. Even though we are sinners we know that God still loves us. If He loves us as sinners, surely He also loves all others who have not understood the truth of Christianity.

Saint Silouan put it this way,

While still a child I would pray for those who gave me offense. I used to pray, “O Lord, lay not sins on them because of me.” But though I loved praying, I did not escape sin. Still the Lord remembered not my sins, and gave me to love people, and my soul longs for the whole world to be saved and dwell in the Kingdom of Heaven, and see the glory of the Lord, and delight in the love of God. I judge by my own case: if the Lord so loved me, it must mean that He loves all sinners in the same measure as He loves me.

Others may even be more moral that we are, but does moral behavior guarantee us salvation? No! Our salvation is based on our faith and our love of God and a life of repentance where we seek His grace to help us become united with Him following His teachings out of this love and faith. This requires great humility on the part of a practicing Orthodox Christian. We must recognize our sinfulness, our weaknesses and failings out of our love of Jesus Christ and what he has taught us. We know His teaching to be True as they have been recorded for us unerringly in the Gospels and maintained in purity by the Orthodox Church.

Strife in the world comes when one group feels it is superior to others. Such superiority leads to marginalization and even persecution. Christians know this superior attitude as pride. This is one of the greatest of sins. It’s the sin of Adam and Eve and it blocks our relationship with God. A practicing Christian cannot accept that they are greater than others, but must insist that they are the greatest of sinners. We are taught to live by loving our neighbors, no matter what their religion or beliefs, and to to live with humility knowing the human condition.

We are called to master our own failings and to help others do the same. This is the mission of the Church.  It is a place where we come to be healed and united with Christ. Our beliefs help us to develop a loving relationship with all others regardless of their beliefs. This is something that can be witnessed from the beginning of Christianity.  The early Christians were diverse in their make up which was scandalous at the time. They were selfless and generous in helping others, even in the times of the plagues where many gave their lives helping the sick. They even faced persecution with peace of mind. True Christians are peace makers and generous to all humans.

A Christian needs to hold firm to their faith. One cannot let it be discounted by those who say it is only one of many paths. It is a path that offers the best hope for the world peace and universal salvation. The teachings of Jesus Christ will not make us arrogant, but will develop in us humility. Following Christ we will not be led to oppress or marginalize others.

Beware of those who claim there is no absolute Truth, who claim that all religions are the same or that they are just different paths. They will surely weaken your faith. With humility of mind, seeing yourself as a sinner, know that you have the correct faith that has been revealed to us by God Incarnate, Jesus Christ, who was conceived of the Holy Spirit, born of a virgin, who lived a life without sin, who was unjustly killed by crucifixion, rose and ascended into heaven opening the gates of Paradise for all mankind. He sent the Holy Spirit to establish His Church so we  could all live as loving communities being led to a union with Him. This is the truth of the Orthodox faith. Don’t become a lukewarm Christian.

The soul seeks truth. truth is the atmosphere in which the soul lives and rests. It is the living water, the heavenly bread. But only Jesus Christ has this bread. He declared that He is the truth, the incarnate Truth: “I am the way, the truth, and the life.”. (John 14:6)