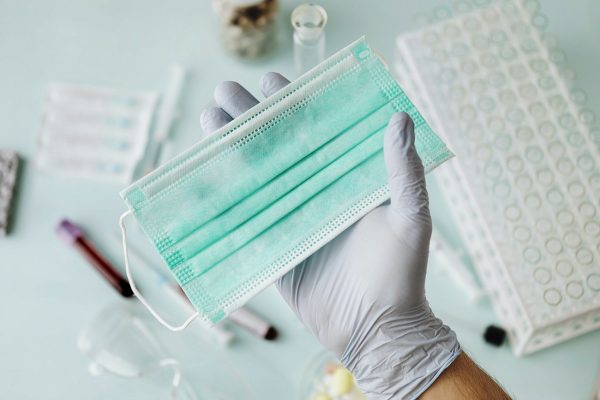 On December 2, the World Health Organization encouraged people to wear masks both indoors and outdoors. This is necessary in cases where it is impossible to maintain a social distance of at least one meter. There are many fake beliefs about wearing masks in Russia. Therapist Alexander Melnikov told Pravmir.ru about 10 of the most popular of them.

1. “Masks clutter the lungs. A person exhales carbon dioxide, it fills the mask, then he inhales the poisoned air.”

It is impossible to “clutter your lungs” with a medical mask. The mask does not create an impenetrable barrier between the respiratory tract and the environment. It only filters the air without changing its gas composition, and retains liquid droplets and other rather large particles. Carbon dioxide molecules pass through the mask easily.

2. “The mask does not allow oxygen to pass through; wearing it may cause hypoxia.”

Obviously, you can make a mask from a material that is poorly air-permeable – for example, leather or plastic – that will prevent oxygen to pass through, but such masks are not used.

Ordinary medical and fabric masks allow air to pass through and do not change its composition. Studies have shown that people who do physical work wearing masks have the same blood gas composition as those who do not.

Yes, the mask, by slightly restricting the air flow, increases the burden on the respiratory system, which a healthy person can easily cope with. Only people with respiratory failure and lung diseases can experience problems. It can be difficult for them to use masks.

3. “Microbes on the inside of the mask multiply every minute and enter the respiratory tract.”

If you do not wear the same mask for several days in a row and do not contaminate it, bacteria on its surface have no environment and no opportunity for active reproduction.

Yes, the mask should not be dirty and moist, so it should be thrown away or, if possible, given for processing as soon as it has lost its freshness.

Medical disposable masks are not recommended for longer than 2-3 hours in a row.

And do not forget that if you touch the surface of the mask with hands that have not been treated with a disinfectant, the mask must be replaced after that.

4. “I heard that a 13-year-old schoolgirl died because she was forced to ride the bus wearing a mask.”

Unfortunately, even 13-year-old girls can die suddenly. For example, if they have a heart disease with a fatal heart rhythm disorder or some other serious pathology. This may have no more to do with a mask than with shoes or a hat.

This fake belief was exposed by the Stopfake.kz. In fact, in the city of Büchelberg (federal state of Rhineland-Palatinate), an accident occurred on the afternoon of September 7. A 13-year-old girl who was riding on a school bus lost consciousness. She was rushed to a hospital in Karlsruhe, where she later died. A short note about this was published on the same day by the local newspaper Die Rheinpfalz.

The photo of the newspaper clipping quickly spread on Facebook and became the subject of much discussion. Social network users concluded that the cause of death was the mask. The editor, Ralph Wittenmeier, published a commentary the next day under the heading: “Some people have no decency” (“Manche Menschen haben keinen Anstand”).

In his article, he refutes all speculation and states that “people without decency want to use this misfortune for their own purposes.” He emphasizes that the newspaper only reported the fact. Nothing was said about the reasons for the death of the schoolgirl. Moreover, the Karlsruhe Prosecutor’s Office reported that the first forensic medical examination did not give a clear answer to the question of what caused the death. The investigation will take longer.

The prosecutor’s office also does not comment on rumors about previous illnesses, as well as medical certificates. The editor of the newspaper reminds in his article that “only the family has the right to know the cause of the girl’s death.” And he urges people not to spread speculation and suspicion out of respect for the family and friends of the girl.

At the moment when the girl lost consciousness, 23 schoolchildren were traveling with her on the bus. None of them complained about feeling unwell. According to the police, there is no evidence of third party negligence or criminal behavior.

5. “Scientists in Germany said that a larger percentage of those who wear masks get sick.”

There are three inaccuracies in this statement at once.

First, the scientists are not from Germany, but from Denmark.

Second, the number is not bigger, but the same.

Third, this study was criticized immediately after publication. Although it refers to “controlled” study (since it included a control group who didn’t wear masks), the wearing of masks by the participants was not controlled by anyone. Wearing a mask was only recommended. The study was conducted at a time when the incidence of covid cases in Denmark was very low. Thus, the results of this study alone should not be taken seriously.

At the same time, a meta-analysis (summary analysis) of all studies on the effectiveness of masks published in the leading medical journal Lancet has convincingly demonstrated that they do indeed reduce the incidence of coronavirus cases by 5-10 times.

6. “Medical masks do not protect against the virus. It is too small and flies through the mask like a mosquito through an open window.”

Yes, coronavirus is small and can easily pass through the pores while wearing a mask. But the fact is that viruses themselves don’t move much in space, but mainly move with drops of biological fluids. From the body to the outside, they definitely get only with drops, which can be retained by the masks almost completely.

Aerosols containing viruses are formed only in closed rooms and under certain conditions, but even in this cases the masks take the brunt of the blow and make it possible to reduce the infectious dose.

This statement is simply not based on anything. It might just as well be said that masks cause indigestion or decrease the level of iron in the blood. Masks have nothing to do with either.

8. “The mask is harmful, I get headaches after wearing it for 30 minutes.”

Headaches, which are often psychogenic, can indeed be associated with wearing masks. If a person is idiosyncratic – an individual reaction – to wearing a mask, forcing them to do so can cause a headache through a mechanism commonly referred to as psychosomatic.

9. “If masks are so protective, why is the number of coronavirus cases growing?”

Masks protect by reducing morbidity, which has been repeatedly shown in research. But the spread of the pandemic cannot stop because of one protective measure, even if it is super effective.

With the COVID-19 pandemic, we see a lot of situations where masks cannot play a role. People do not wear masks in their families, continue to gather without masks in large groups at sports fields and in restaurants, neglect wearing masks at work.

Not everyone follows the recommendations to wear masks deliberately: many people fear only reprisals and fines, and even then not very much. Or they wear them in a way that makes no sense to wear: they don’t cover their nose, which is the main gate of a respiratory infection.

This is not true. It has been proven that any mask, including cloth masks, protect, but to a lesser extent than professional medical masks and respirators.

Regarding respirators with exhalation valves, it should be noted that they only protect the one who wears it, but it doesn’t protect those around him, if he is sick. Any respirators and masks with valves are not recommended for mass use, but only for professionals, and sometimes in combination with a regular mask.

Much depends on the material of the mask. For example, a good protective potential of chiffon has recently been demonstrated. The fabric mask should be multi-layered, dense and breathable. And, of course, such masks need to be washed frequently.