Doubt Should Not be Feared

I have been posed a question about doubt. People fear doubt. But they fear in vain, because doubt comes into being when we do not know the truth in full and pose a question.

I will give an example. I once occupied myself with science. One of the characteristics of scientific progress is the calling into question of everything of which you had previously been certain. 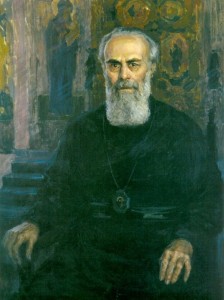 When a scientist gathers facts, they are at first uncoordinated. Then he gathers them together, and some kind of general picture emerges. It seems integral. At this point, if he is a true scientist, he will pose a question to himself: where are the cracks? I will search for a fact that will dismantle the integrity of my conception, since my conception is limited.

All science in general consists of collecting facts, arranging them into a single whole, and then calling this whole into question – so that it might become deeper, broader, and fuller.

It is the same with our faith. Each one of us has some experience of God. This experience is trustworthy and should not be rejected. It may be imperfect, but it is pure. But it is not the fullness of knowledge of God.

Then a question begins to creep in. I conceive of God in such-and-such a way. Is He such in reality? But what is being doubted here? My conception, not God. It is like a question for the scientist: is this the objective truth or is it his conception thereof?

Therefore, when doubt arises in us it means that I have outgrown my incomplete conception of God and my imperfect knowledge of Him.

God is saying to me: “Yes, now you have come to see all this. But look at Me: I am greater than that. You cannot be satisfied with the picture you have made for yourself, because it is as small as you yourself, as your mind, as your education, as your imagination. Open up, and pose the question: what might others think about this? What other answers might there be? Do not be afraid: I will not be offended if you call Me into question, because you are not questioning Me, as such, but your own conception of Me.”