Ease of Life and Christianity Do Not Go Together 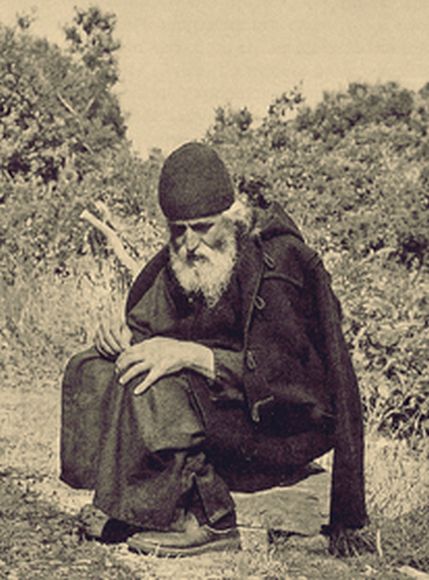 Despite appearances and the unworthiness of the monks and clergy, the Church is an endless source of miracles. It takes water and makes it Holy Water; it takes bread and wine and makes the Holy Eucharist; it takes man made of dirt and makes him a god! But many people do not see the miracles. Because if they saw them they would not despise or hate the Church of Christ, but they would love and honor Her and would not be talking about Her with contempt as they do.

Christians are destined to bear a heavy cross in their life. It’s a difficult thing to say you believe in the Lord and also that you have ease of life in this life. Because, when you are having ease of life on earth, there is something wrong with yourself; you care about the gold of the land and not for the treasures of heaven. But when you think like this, you are far away from the will of God. Christian life and having ease in life do not go together; they are different things.

Once there came here a well-known doctor to talk. His wife was a doctor also, both religious people. He complained that his children were living worldly lives and not only did not follow the family traditions of the Church, but also saw them as ironic.

They characterized Christians as mentally deficient, close-minded, dishonest, hypocritical and rascals, because their life, they would say, was not consistent with their words and their deeds were not Christian.

Even at Holy Unction, which the parents would have done once a year in their home with their children, when they were young they participated, but now were reacting and not to be found.

The doctor seemed very tired and desperate for the spiritual regeneration of his children. And he thought that all efforts, his own and that of his wife, were wasted; they were not captured nor were the children touched.

At some point the doctor, putting his head within his two hands, as if to cover his face with shame, told me: “I am afraid that the big money has done us harm.”

I asked him to tell me what he meant, and he very frankly admitted that they had strayed from their path and had acquired assets that were completely unnecessary. “We have three large houses,” he said, “one for us and one for each child. Also, two cottages, four expensive cars, a boat, deposits, and many material things.”

He continued: “The children became spoiled and now we are accused by them of causing this. Also, they tell us that we have married beautifully wealth with Christianity.” He then asked me to tell him what to do to get back peace and unity in the family.

I told him to give all to the poor and keep only one house, a cottage and their salaries. Frightened, he changed color, got scared, and was disappointed by the reply I gave.

He left and never returned. He was tied to the here, not to the Above. That is why the children looked for other ways of life different from that which their parents had suggested.

When I hear that there is great poverty and misery, I hurt a lot and I can not pray.

I’m not saying when you have two tunics to give one. This is unusual and difficult for most. But if you want to be called Christian and have the good things of God, why sweat and fight for the above mentioned and not do charity and good works? They are building their foundation on sand, whoever has a lot of money and manages it selfishly, oblivious to the poverty and misery of his fellows. Did you ever see grave clothes with pockets? All stays here. Only good works go to heaven. You know why there are wars? For the money. Because the rich can not put a bridle on greed and the poor do not wish to acquire the necessary, but envy the riches and glory of the rich.

Your pockets should always be open to allow the money to leave towards philanthropies. It is scandalous that there are pockets full of money and for them to be stitched.