Echoes of a Fresh Start 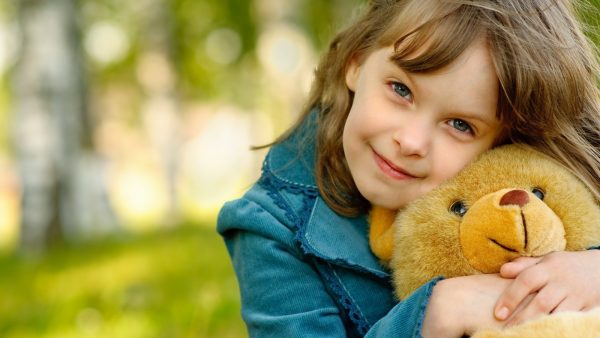 Out of the mouth of babes and nursing infants
You have perfected praise,
Because of Your enemies,
That You may silence the enemy and the avenger. (Psalm 8:2)

There are many things about the “elder” years of my life that I prefer to my youth. Had I known then what I know now, perhaps the statement would not be true. Nonetheless, the providence of God has preserved me and brought me to a place of peace. Reviews are now appearing for the movie, Hillbilly Elegy. I have not seen the film, though I read the book when it first came out. It is the not-so-unusual account of an Appalachian life that managed to escape the cycle of dysfunction and poverty that mark this area of the world. I have known many versions of that story, not all with happy endings. It is also a version of the story written by a man who is still young. I wonder about how it continues to play in his head.

As a child, the versions of the dysfunctional cycle around me seemed normal. Everybody’s parents beat them. Alcohol was the drug of choice. Tobacco was omnipresent (we had a designated “smoking area” in High School). In hindsight, my neighborhood was better than some. Parents were employed.

Like Hillbilly’s author, J.D. Vance, some of us escaped the cycle and managed to “move up” in the world (that is, enter some version of the American middle class). But, in general, we still carried that world around in our heads and always felt some version of it looking over our shoulder. Some are still living the elegy, while others live with its ghosts.

I am older now and a more stable peace has settled in. I have learned to breathe. As I breathe, though, I watch the children of our present time. I have four adult children and five grands. My church is inundated (happily) with children who represent almost half of the parish. I delight in spending time with them (as circumstances permit). One thing that I have seen about children is that they constitute a “fresh start.” Regardless of the baggage garnered by a family’s many dysfunctional generations, our children do not enter the world with that weight. Epigenetics suggest that there is some minimal skewing of our inner world by what has come before. On the whole, we do not stand on the shoulders of our ancestors: we have to be placed there.

It is this “freshness” that I want to consider in particular. For though each child born bears, in some manner, the image of the parents who engendered them, they still enter as a relatively unencumbered version of ourselves. I have been spending some extended time with my four-year-old grandson as his mom settles in with his new-born brother. To go hiking through the woods (a common activity) is to see the world through his eyes of wonder. “Is this the largest tree in the world?” was asked several times earlier this week. His explosions of excitement mark every hundred yards of trail. My joy is to stop and look at everything myself, and to borrow his excitement as my own.

There are many things each child will likely bring into the world with them. The strange post-modern world with its imaginary landscape that bears so little resemblance to reality has not yet touched a new mind. Despite all the rhetoric of the universities, children think in “binary” terms: girl, boy, and so forth. For though cultures do “enculturate,” they have traditionally done so in a manner that supports procreation and the family.  I use this single example to stand for so much more. I have written many times that we almost always lose our arguments with gravity. When we fall down, gravity speaks persuasively. By the same token, that which tradition describes as “natural” has gained such an honor through our many centuries of experience. Not every fall is as quick to reveal itself as those governed by gravity – but all of nature carries a “gravity” about it. Every child born must learn to walk, and is designed for a world whose gravity equals that of Earth. Regardless of how some seek to “re-imagine” nature, each child born comes with a pre-disposition to favor nature as traditionally known.

No doubt, there will be many who would want to argue this point with me, suggesting that each child is tabla rasa, and only culture shapes them. My answer is simple: wait and see. Gravity always wins.

This point of view is rooted in the Scriptures as well. There are two limits which God has given us that act as a form of gravity within the human project. The first is death.

“My Spirit shall not strive with man forever, for he is indeed flesh; yet his days shall be one hundred and twenty years.” (Gen. 6:3).

No matter how ignorant and contrary to nature we might choose to be, no matter how stubbornly we might strive against God, we will die. The sod will close our struggle with a finality against which there is no argument. Modernity continues to imagine ways to lengthen our days, or, perversely, how to transfer our humanity into machines (and vice-versa), but we should remain confident in death’s service to humanity. The Towers of Babel we seek to build crumble. Gravity wins.

The second limit is that of children. Children do not begin where their fathers left off. They get a fresh start, or, enough of a fresh start that the race is preserved. Cain killed Abel, but not every brother kills his brother. The argument for gravity (and all that it symbolizes) begins with every generation. It is a relentless form of salvation interwoven into the natural order.

St. Gregory of Nyssa famously said, “Man is mud who is commanded to become a god.” That same frightening freedom is birthed with every child. And though the child is not aware of its meaning, it is born with a burning desire for God that will never be extinguished. This is the true “gravity” that guides the soul. Culture and nurture may fail and offer some tawdry substitute for God in which case the gravity of the soul will create misery. Regardless, every soul is capable of salvation, capable of giving thanks to its Creator who first shaped the mud into human form.

Though the pendulum of civilization swings in a frightening arc, its pivot point remains grounded in the providence of God.

Spend time with young children if the circumstances of your life permit. Listen to their normalcy (before someone distorts it). It is the sound of a gravity that reaches through time and will extend beyond. The universe declares the glory of God, including the fresh voices of children. Their sound, for a time, silences the noise of the enemies and the avenger.