Ecumenical Patriarchate Announces Official Delegation for Meeting with Pope Francis in Jerusalem May 25, 2014 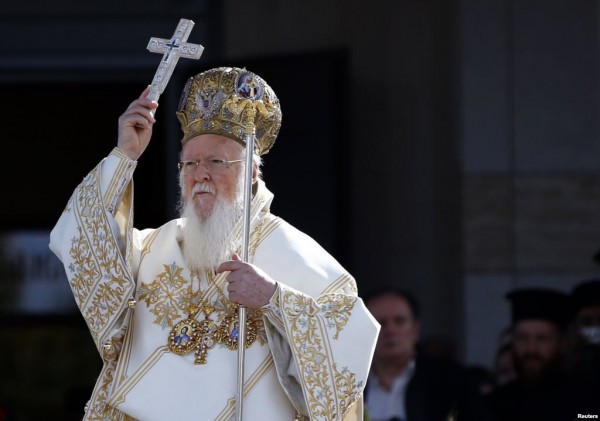 The trip commemorates the 1964 meeting of their predecessors; Pope Paul VI and Patriarch Athenagoras I. Included in the Official Delegation are the following:

The meetings between the two world religious leaders will take place over a two-day period, May 25 and 26 in and around the Old City of Jerusalem.

His All Holiness Bartholomew is the Archbishop of Constantinople, New Rome and the Ecumenical Patriarch. He is the 269th successor of the 2,000-year old local Christian Church founded by St. Andrew. The Ecumenical Patriarch is a living witness to the world of Orthodoxy’s painful and redemptive struggle for religious freedom and to the innate dignity of humankind. As a citizen of Turkey, His All Holiness’s personal experience provides him a unique perspective on the continuing dialogue among the Christian, Islamic and Jewish worlds. He is known throughout the world as the “Green Patriarch” for his groundbreaking environmental initiatives and ecological theology. For his inspiring efforts on behalf of religious freedom and human rights, Ecumenical Patriarch Bartholomew was heralded as a Bridge Builder and Peacemaker and awarded the Congressional Gold Medal by the U.S. Congress in 1997.

Additional information about the visit of may be found online at: http://www.apostolicpilgrimage.org/

The Statement of His Holiness Pope Francis on the Meeting may be found at: http://www.news.va/en/news/angelus-5-january-2014

The Statement of His All-Holiness Ecumenical Patriarch Bartholomew may be found at: http://www.patriarchate.org/documents/jerusalem-2014-statement