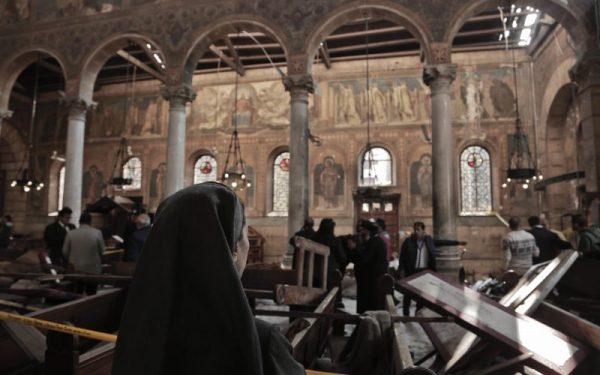 It was among the deadliest attacks to ever target Egypt’s Coptic minority, which makes up around 10 per cent of the country’s population and strongly supported the military overthrow of an elected Islamist president in 2013, which was led by el-Sissi.

Since then, Islamic militants have carried out scores of attacks mainly targeting the security forces, while the government has waged a wide-scale crackdown on dissent.

Speaking after a state funeral for the victims, el-Sissi identified the bomber as 22-year-old Mahmoud Shafiq Mohammed Mustafa, and said three men and a woman were arrested in connection with the attack, which wounded 49 people. Two other suspects were on the run, he added.

El-Sissi did not link the bomber to any militant groups, but a top Interior Ministry official — police Maj Gen Tarek Attia — told the Associated Press that he was arrested in Fayoum province, southwest of Cairo, in 2014 on charges of being a member of the outlawed Muslim Brotherhood.

The president spoke after Health Ministry officials revised down the number of victims to 24, suggesting that the 25th body belonged to the bomber. The victims are thought to include 22 women.

No group has claimed responsibility for the attack.