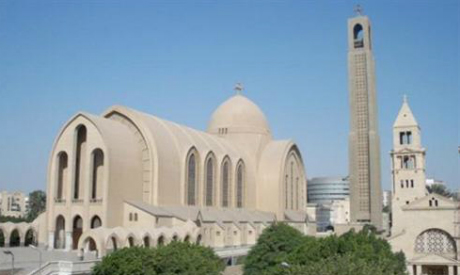 On Thursday, Ahram Arabic news website reported the killing of a Christian Egyptian by unknown gunmen on the roof of his house in North Sinai’s El-Arish, the eighth report attack on Copts in two weeks.

The Church has expressed its condolences over the attacks, stressing that it is in continuous contact with local officials as well as the bishop of North Sinai in order to provide support and contain the consequences of the attacks.

In the past few days, churches in Ismailia city have received Coptic families who escaped El-Arish for fear of being targeted.

On Monday  the Islamic State (IS) militant group released a video vowing to carry out attacks against the Christian community in Egypt, where the group vowed to “liberate Cairo,” even though over the past few years its activity has been centered in North Sinai.

The 20-minute video titled “Fight All Idolaters” also purpotedly shows the last statements made by the suicide bomber who blew himself up in Cairo’s St. Peter and St. Paul’s Church on 11 December 2016, killing 29 Coptic Christian worshippers, mostly women and children.

No group has yet claimed responsibility for the latest attacks against Christians.

The Egyptian army, which has been waging a war against the North Sinai Islamist insurgency — led mostly by Islamic State affiliate Ansar Beit Al-Maqdis — has killed hundreds of militants in intensified comprehensive military campaigns in the governorate.

In July 2016, Father Rafael Moussa of the Mar Girgis Church in El-Arish was gunned down by Islamic State militants.

The group has also killed civilians in North Sinai for allegedly cooperating with security forces.

Most viewed articles
Be Thou My Battle Shield100
Why Believe? Part 4 – Discovering the Power of God81
It’s All About the Resurrection – Reflecting on the Season71
Metropolitan Onuphry: Humility Leads Person to God’s Grace69
Bishop Irenei Addresses a Symposium on “The Mother of God in Our Lives” in Los Angeles65
Russian Church to Help Provide Lebanon with Vaccines Against Coronavirus55
Orthodox Church Damaged by Earthquake Restored in Philippines50
Growing Cold in Faith after a Few Years in Church: Is This Normal?1
How to Survive in Modern City. 8 Essential Conditions1
Most popular authors
Pravmir.com team239
Archpriest Lawrence Farley100
Priest Luke A. Veronis81
Archpriest Gabriel Rochelle71
Archpriest Nikolai Markovsky1
Fr. Andrei Gavrilenko1