Source: Ahram Online
Natalya Mihailova | 26 February 2017
Egypt’s President Abdel-Fattah El-Sisi ordered on Saturday the government to take all necessary measures to accommodate Coptic Christians who escaped their homes in North Sinai to Ismailia for fear of attacks by militants, according to a presidency statement as reported by MENA state news agency. 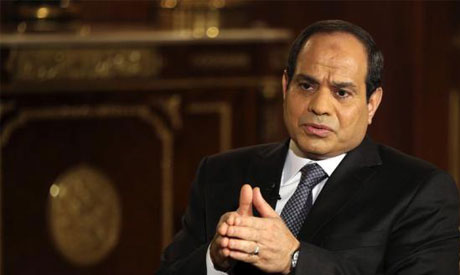 In a cabinet meeting,the president stressed the importance of countering attempts to “undermine security and stability in Egypt,” while discussing the latest developments regarding the displaced families, who have been “received and housed until terrorist elements are dealt with.”

In the past few days, churches in Ismailia have received dozens of Coptic families who escaped Arish for fear of being targeted after eight attacks against Christians in North Sinai over the past two weeks, including the murder of three people in El-Arish on Wednesday and Thursday.

Prime Minister Sherif Ismail ordered on Saturday the establishment of an operation room to coordinate the providing of services to the families,according to a cabinet statement.

The PM said in the statement that the operation room would coordinate with Ismailia, Qalioubiya, Cairo and Assiut governorates, as well as the Orthodox and Anglican churches, to ensure the necessary services are provided.

“The state is determined to continue its efforts to counter evil forces and extremism,” the PM said, sending his condolences to the victims’ families.

The statement added that the PM is following up on the developments in Arish and is in communication with a number of ministers and officials as well as Coptic Orthodox Pope Tawadros II.

The cabinet statement highlighted that the families have been housed in youth ministry hostels in Ismailia as well as at the Anglican Church, adding that basic needs such as food have already been provided, while medical services and other needs will be provided shortly.

Social solidarity minister Ghada Waly visited on Saturday the International Youth Hostel in Ismailia to check on the Christian families staying there, assuring that this is a temporary situation and that they will be back to their homes within days.

No group has yet claimed responsibility for the latest attacks against Christians. However, last Monday, the Islamic State group released a video vowing to carry out attacks against the Christian community in Egypt and promising to “liberate Cairo,” even though the group’s activity has traditionally been centered in North Sinai.

The Egyptian army, which has been waging a war against the North Sinai Islamist insurgency — led mostly by Islamic State affiliate Ansar Beit Al-Maqdis — has killed hundreds of militants in intensified comprehensive military campaigns in the governorate.

In July 2016, Father Rafael Moussa of the Mar Girgis Church in El-Arish was gunned down by Islamic State militants.

The group has also killed civilians in North Sinai for allegedly cooperating with security forces.

Most viewed articles
Glorying In Our Weaknesses152
The Cross, the Goo, and the Butterfly75
Conference “World Orthodoxy: Primacy and Conciliarity in the Light of Orthodox Teaching” Starts Today69
Bp Timotei: Orthodox Youth Association members are Christ’s “mystical disciples” who are not ashamed to profess Him51
St Alexander Nevsky Cathedral in Howell, NJ, Hosts Diocesan Celebrations of the 800th Anniversary of Its Patron Saint42
Timișoara: Midnight Liturgy and procession with relics on 65th anniversary of canonization of St. Joseph the New41
Will Everyone Be Saved?26
Metropolitan JOSEPH’S Encyclical for the Year of Youth12
A Noetic Life5
Most popular authors
Archpriest Michael Gillis152
Pravmir.com team111
Aurelian Iftimiu92
Fr. Jeremy75
Jacob Sparks26
Archbishop Joseph of New York and Metropolitan of All North America12
Archpriest Stephen Freeman4
Maria Trushanina1