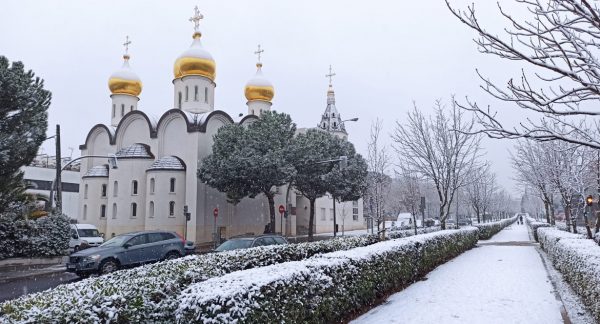 Spain’s most popular and cited newspaper, El Mundo, compiled a list of six most impressive churches in Madrid, and included the Russian Cathedral of St. Mary Magdalene Equal to the Apostles.

“There are about one hundred churches and parishes in Madrid, each of which is remarkable in its own way. We have selected six of the most beautiful churches that truly adorn the city, which must be visited,” the website of the Spanish-Portuguese Diocese quotes the publication.

In the description of the Russian cathedral, the compilers of the list noted that “the five golden domes crowning the Russian Orthodox church attract the attention of anyone walking along Gran Via de Ortaleza (the street on which the cathedral is located – ed.).”

“The modern white building in neo-Byzantine style was built in 2013, next to it stand the residential building and the cultural center Casa Rusia. Orthodox services are held in the church. There are also guided tours on Saturdays at 17:00,” the newspaper said.