Europe Moving Toward Legalization of Euthanasia 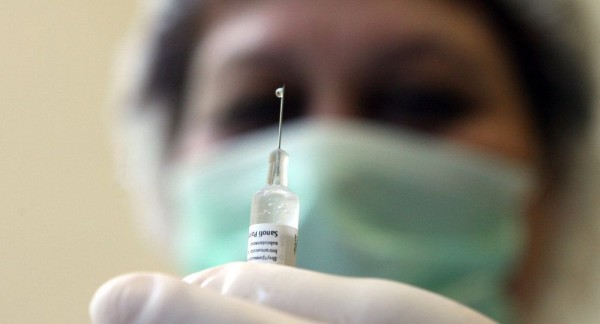 It should be noted that a wide range of European states have already authorized physician assisted suicide, while only Italy, Romania, Greece, Bosnia, Serbia, Croatia, Poland and Ireland strictly prohibit euthanasia. For instance, who breach the law risk to face 14 and 15-year prison terms in Ireland and Italy, respectively.

However, in the Netherlands, Belgium and Luxembourg active, direct euthanasia is fully legalized. In the Netherlands. a patient, suffering from an incurable disease, can make a request for lethal doses of special drugs being “fully mentally lucid,” according to Agence France-Presse. The state has also authorized a physician-assisted death for children under 12, in accordance with strict conditions.

Belgium lifted its ban on euthanasia in September 2002 and has become the first country to authorize children to receive euthanasia if they are terminally ill and “understands the consequences of the death.” Belgium adults can request for euthanasia if they are facing unbearable sufferings, both of physical or psychic nature. They can express their intention to die in a special agreement before falling ill. Such a “living will” remains valid for five years.

Luxembourg legalized its euthanasia procedures in 2009, however, the legislation excludes minors.

Remarkably, in Switzerland a terminally ill person can administer a lethal dose of drugs himself.  “Switzerland does not allow active, direct euthanasia by a third party, but tolerates the provision of substances to relieve suffering even if death is a possible side-effect,” Agence France Presse notes, adding that the state also tolerates a passive form of euthanasia – suspending medical assistance that maintains patient’s life.

Passive euthanasia is also authorized in France, Sweden, the UK, Austria, Germany, Denmark and Norway. For instance, in France, a doctor is allowed to prescribe painkillers even if their use may result in a patient’s death. In 2010, the UK abolished a law punishing close relatives of a terminally ill individual for helping them to die.

It is worth mentioning that the Roman Catholic Church strongly opposes euthanasia, calling it a “sin against God.” On November 15, 2014, Pope Francis warned doctors against “false sense of compassion,” addressing the Association of Italian Catholic Doctors.

Secular critics of euthanasia in Europe point out that the legalization of physician-assisted suicide gives doctors the power to decide whether a patient should live or die, citing numerous cases when doctors killed terminally ill patients without their request.

Most viewed articles
Getting an Early Start on a Late Pascha142
Fleeing To The Desert, A Little Bit125
Patriarch Kirill Speaks on the Power of Epiphany Holy Water73
El Mundo Includes Russian Orthodox Cathedral in the Six Most Beautiful Churches of Madrid72
1 in 4 Youth Can’t Cope in Pandemic, Christian Mental Health Expert Says Peer Support Is Key69
2021 March For Life Becomes Virtual Event Over Safety Concerns Near Capitol and COVID Restrictions53
The Worst Year Ever – Or Was It?37
The Transfiguration of Our Lord and Savior Jesus Christ1
Most popular authors
Pravmir.com team214
Archpriest Thaddaeus Hardenbrook142
Archpriest Michael Gillis125
Andrea Morris53
Archpriest Geoffrey Korz37