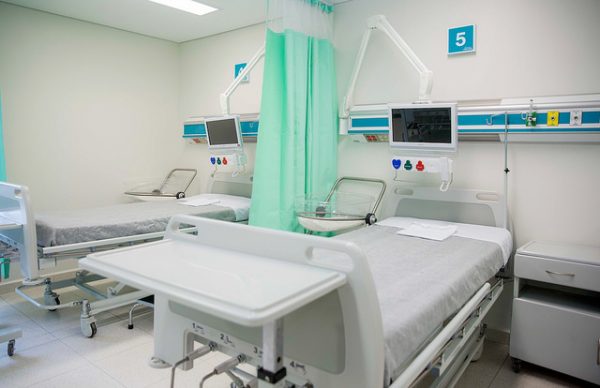 BRUSSELS – Belgium has long been famous for food, like waffles and chocolate. But it’s becoming famous for death.

Belgium has the most liberal euthanasia laws in the world. You can end your life here by simply telling a doctor that you have unbearable physical or mental suffering.

Terminally ill children of any age can receive a lethal injection if their parents agree with the child’s wishes.

Woman Euthanized for Being ‘Incurably Depressed’

The mother of Belgian university professor Tom Mortier was euthanized in 2012 because, even though she was physically healthy, she was said to be “incurably depressed.”

“My mother, who was physically healthy, because of her mental problems, received a lethal injection from an oncologist,” Mortier said.

It was done without his or the family’s knowledge. He was contacted by the hospital the day after his mother was killed.

“My mother had a severe mental problem,” Mortier explained, “She had to cope with depression throughout her life. She was treated for years by psychiatrists, and the contact between us was broken. A year later, she received a lethal injection.”

Mortier filed a complaint with the medical board and then with a Belgian prosecutor but was turned away. With the help of Alliance Defending Freedom, Mortier appealed his case to the European Court of Human Rights, which has agreed to hear it.

“How can someone like that be euthanized in a democratic western country without the family members even being aware that it was happening?” asks Mortier’s legal counsel Robert Clarke, Director of European Advocacy at ADF International.

Clarke says something that makes the Mortier case even more disturbing is that the doctor who euthanized the woman sits on the very government body that is supposed to oversee the euthanasia law.

The doctor, Wims Distelmans, who some have compared to the late Dr. Jack Kevorkian, once led a euthanasia tour of Auschwitz under the theme “death with dignity.”

“So, we have a significant conflict of interest where someone is essentially acting as judge and executioner in his own cases,” Clarke said.

A member of Distelmans’ euthanasia commission resigned after the commission failed to act against a doctor who euthanized a dementia patient without consent. Dr. Ludo Van Opdenbosch wrote, “I do not want to be part of a committee that deliberately violates the law.”

Clarke says, “There are now more than 13,000 euthanasia cases that this commission has reviewed. And in those 13,000 I’m aware of now one which has been referred to the prosecutor.”

When Belgium passed its law legalizing euthanasia, critics warned that it was headed down an ethical slippery slope. Some wonder if the European nation may have hit bottom, as medical ethics are being replaced by a culture of death.

Oncologist Benoit Beuselinck at University Hospitals-Leuven says, “We have begun to offer death as a medical solution, even for non-terminal cases. It’s a problem. I have heard about people who were offered euthanasia even though they were not even considering it.”

“The types of conditions, the things that would qualify someone for euthanasia, are being pushed further and further out, Clarke says, “There were euthanasias carried out on children as young as 17, 11 and nine.”

Professor of Health care Ethics, Dr. Theo Boer says, “The supply of euthanasia stirs the demand. What you see is that for an increasing number of people, euthanasia becomes the default way to die.”

“When we find someone who is requesting to die, who’s standing on the proverbial edge of a bridge, and instead of trying to talk them down the state is pushing them off,” Clarke says.

And Clarke believes Belgium is now the ultimate cautionary tale for any nation that wants to legalize euthanasia, “I think we have to ask ourselves – is that the kind of society that we want to live in? Or do we want to live in a society with laws that say that vulnerable life should be protected and that all life, no matter what stage, no matter the health of the person, has dignity and value?”